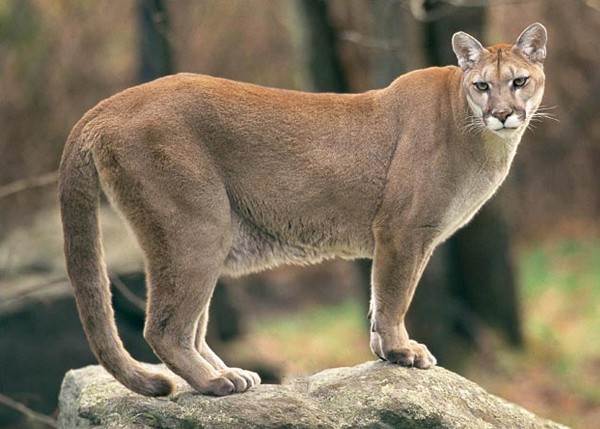 Authorities in Chile were alerted of a cougar sighting in the commune of La Florida. The alert led to a search operation that later determined that the animal spotted by residents was just a cat.

Residents of the Alto Macul area contacted authorities to let them know about an animal they believed to be a cougar. Agriculture Minister Antonio Walker later revealed that the animal that people were calling about is a cat.

A tweet from the official thanked the residents of the commune but confirmed that the animal was just a cat. The commune’s Twitter account told residents on early Thursday to keep their doors closed and pets inside since there was a cougar in the area.

Pictures from the commune’s Twitter account showed the groups that were in the area for the search operation. In one of the pictures, an officer is seen carrying a drone. The groups later determined that the animal was not what residents thought it was.

The alert isn’t the first in the city since other residents have spotted cougars in Santiago and nearby areas. In the majority of the cases, authorities have launched search operations and found them.

Just a few days ago, the same groups were behind a search and rescue operation for a cougar that was found inside a school located in Lo Barnechea. The animal was spotted walking around the school during the early hours of Sunday.

Officials later revealed that the cougar was caught and would be transported to the National Zoo for health evaluation. A veterinarian for the zoo pointed out that at first sight, the animal appeared to be in good condition.

The commune had seen snow the day before and officials believe the animal came to the area to look for food. At least three other cougars have been spotted in Santiago and nearby areas since the lockdown and curfew began in the country.

One of the first sightings was reported shortly after the lockdown measures were announced. The cougar was spotted walking around the city before it was captured and later released.

Officials believe the animals are entering the city since there is less noise. Santiago has a population of about seven million people but the streets are empty at night since there is a curfew that begins at 10 PM. The lockdown measures also mean that there are less people in the streets before 10 PM since residents are only allowed to go outside twice a week with a permission that is requested through the police’s website.

A wild boar was also in the news a few days ago after it was spotted walking around. The sighting was a mystery since no one knew where the animal had come from. Local media later reported that the animal belonged to someone in the area.

Other countries have also seen animals enter cities or tourist attractions in search of food or simply because the places are now empty. In Peru, hundreds of seagulls and pelicans took over a popular beach after visitors stopped coming due to the measures that were announced over the coronavirus pandemic.