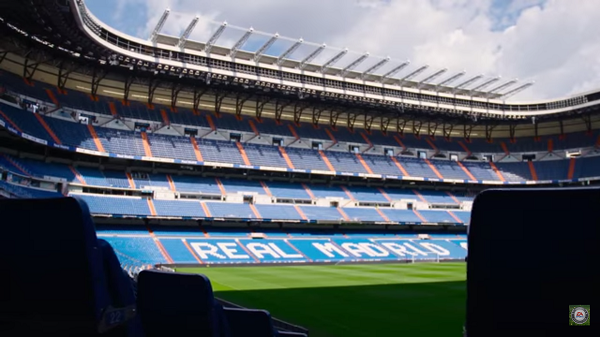 EA Sports and Spanish football club Real Madrid have announced a partnership extension for the next five years. The new extension means that the club will be an exclusive to the FIFA series until at least 2025.

EA’s latest football game, FIFA 20, features a Real Madrid player on one of its covers. The cover athlete is Eden Hazard, who made a move from Chelsea last year after a successful run with the English club.

The extension keeps the club in the popular football series, which has already announced FIFA 21 for October. The deal is one of two that the company has done involving the league. Just a few weeks ago, the company also reached a ten year extension with La Liga.

The extension with La Liga keeps Spain’s top football league with the series for a very long time. La Liga currently has some of the most popular football players in the world, including Lionel Messi, Luis Suarez, Eden Hazard, and Sergio Ramos.

Ministry Of Sport reports that EA Sports FIFA VP General Manager, Nick Wlodyka, said the success of the club’s kits being the most popular among players in the FIFA Ultimate Team mode, shows the success of the partnership for both sides. FIFA’s Ultimate Team is one of the most popular modes of the title. The mode allows players to build a team from cards they get through packs. Players can pack kits from all the clubs in the game, including Real Madrid.

Real Madrid is one of the most popular clubs in the world. The team won three straight Champions League titles not too long ago. The extension of the partnership comes as the club secured league title number 34.

Real Madrid returned to the league after the coronavirus pandemic suspension in second place. The club quickly gained ground after Barcelona dropped points against its opponents. Real Madrid needed a win against Villarreal on Thursday and the club ended up winning 2 – 1. Second place Barcelona lost the game against Osasuna, confirming the league win for Real Madrid.

The move by EA Sports is one of several that the company has made to keep the big leagues and teams on its FIFA series. Over the last few years, the race has turned a lot closer with Pro Evolution Soccer making big moves to feature teams and leagues.

Last year, the Pro Evolution Soccer series and Italian club Juventus reached a deal to bring the team to the game. The deal left the FIFA series without the club and the company had to create a logo and new name for the team. The only thing that FIFA now features from the club is the roster.

Before the FIFA 19 release, EA Sports announced the addition of the Champions League to the game. The famous tournament had been part of the PES series for many years. With the agreement, the series also brought the Europa League. The two continue to be in the FIFA games.