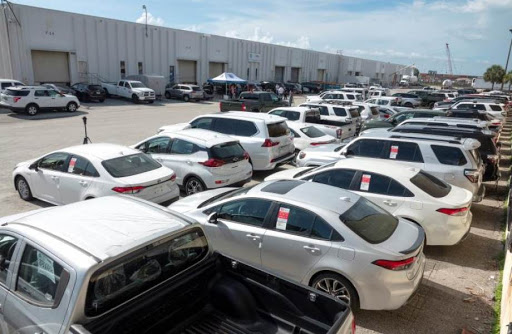 Port Everglades has more than 80 cars on the auction waiting list after they were confiscated by federal agents. The luxury vehicles were recently seized by the agents after it was discovered that they were headed to Venezuela.

There are 81 cars sitting in Port Everglades, some of them luxury. Among the vehicles on display is a Mercedes SUV worth about $150,000. The total of the vehicles confiscated is $3.2 million.

The Miami Herald reports that Homeland Security Investigations says the new vehicles have been confiscated because a ring with support from a Venezuelan billionaire attempted to smuggle the vehicles from the state to Venezuela.

Venezuela has been repeatedly sanctioned by the US government in the last few years. One of the most recent sanctions prevents the country from receiving anything from the US. The recent sanctions have forced US companies to leave the country since they are not allowed to do any business.

HSI agent Anthony Salisbury told the Miami Herald that this is a drop in the bucket. He says they don’t know how many cars got through before they discovered the first vehicle breaking the law this spring.

The vehicles that were going to Venezuela, a country currently going through an economic crisis, are not available there and the few that are, are out of reach for most of the population since studies say the majority of them are living in poverty.

The HSI officials believe the vehicles were for the people living billionaire lifestyles. No Venezuelan officials have been charged but the agent mentioned Raul Gorrin, who is facing money laundering charges in Miami.

The US has seized vehicles, properties, and other valuable items in the last three years. Many of them belonged to Venezuelan government officials and business people linked to them.

The agent said that the investigation began after they received information from their office in Bogota, Colombia, about a ring that was purchasing and shipping cars through the port to Venezuela.

The Miami Herald reports that Customs and Border Protection agents started checking multiple shipments of cars in April. They noticed that a few looked suspicious and they believe some of them were stolen since the vehicle numbers had been scratched off.

Salisbury said he is not expecting any of the buyers, companies or anyone else involved to make claims for the vehicles that were seized. He was asked about what the agency will do with the cars and he said that they will be auctioned.

Venezuela, one of the richest countries in Latin America just 15 years ago, is now said to be among the poorest in the world. The country is currently in the middle of an economic and political crisis that has forced millions to leave the country. Reports say the population will continue to leave in the near future since the country is still seeing hyperinflation and shortages on medicine and food. Venezuelan officials blame the country’s situation on the sanctions. The opposition has repeatedly accused the government of taking the resources and making bad decisions.