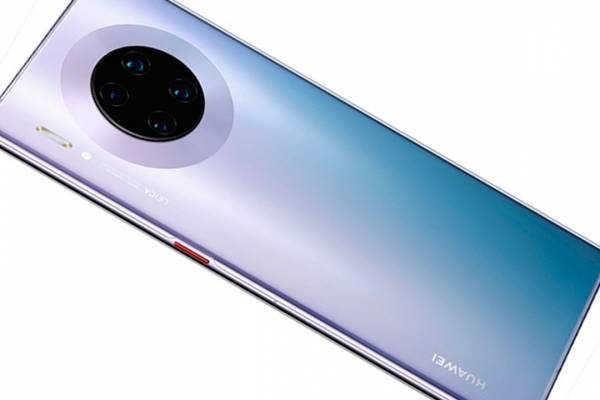 The Huawei Mate 40 is coming some time this year but rumors have already given some ideas on what the Chinese smartphone company is planning to include for its next flagship device.

The Mate series is among the best releases of the company so the tech world is expecting some good stuff out of the Mate 40. Here are some of the rumors on the phone:

A report a few hours ago mentioned that the smartphone will come packed with symmetrical dual speakers to make the audio experience a lot better. Gizmochina reports that this will be similar to the one offered for the Mate 20 series.

Gizmochina also reports that the Mate 40 Pro will come with support for 3D face recognition technology. The tech site says that the sensors for this tech will be under the punch hole cutout on the display.

No Under Display Front Camera

An under-display front camera has been rumored for the device. But one tipster claims that the feature will not be part of the smartphone. Digital Chat Station says it’s not there because he has seen it in person and held a sample.

This is disappointing news for those who were waiting to see this type of technology on the upcoming Mate 40 smartphones. It is unclear what type of front camera design Huawei will use if it does not have it under display.

Speaking of cameras, GSMArena recently reported that people working with Huawei’s supply chain have said that there is a new 108MP camera with an improved optic. This would be a nice improvement for the Mate 40 and Mate 40 Pro, if the reports are accurate.

The Mate smartphones are usually announced some time in Q3 or Q4. But things could be a bit different this time around. The Nikkei Asian Review says that while the company may not be ready to ship the devices in September or October, supply chain issues would not delay the announcement. This means the phones could be announced around the same period as always but be released some time later.

Analyst Ross Young says the Mate 40 phones will be the only devices from the company to feature 120 Hz displays this year. Huawei’s competition is also expected to have those displays in upcoming smartphones. Among those phones is the Samsung Galaxy S20 and the Apple iPhone 12 Pro and Pro Max.

The US has trade restrictions against Huawei since May 2019 so anything having to do with US companies is doubtful. The Mate 30, Mate X, and other recent releases from the company do not have Google services due to the restrictions. Nothing has changed with the restrictions, they were actually extended for another year a few weeks back. This makes it very unlikely that the company will offer apps such as YouTube, Gmail, and Play Store on the Mate 40 devices.

Huawei has been able to feature Google services on some of its phones but those are devices that have been brought back with technology from that time. New devices such as the P40 Pro do not have them.