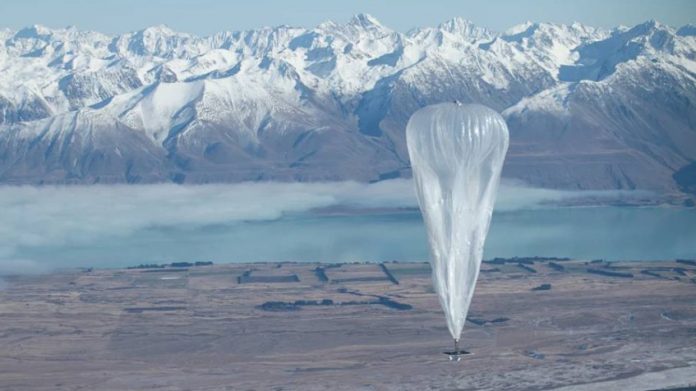 Google’s Project Loon will provide internet access to remote areas of Kenya through its balloons. The network of balloons will provide 4G coverage so people can access the internet, make calls, and much more.

The BBC reports that the plans were announced two years ago but it just received the approval from the Kenyan government. The news site reports that the balloons have already been tested with 35,000 customers and will cover an area at first.

The company will use several balloons to provide internet access to the remote areas of the country. Many parts of the world currently have no internet access, especially areas that are located far away from cities or are difficult to reach. Google’s Project Loon has come up as a solution to those problems.

Project Loon began in 2011 and two years later, the company began testing its balloons in parts of New Zealand. It was reported at the time that the company would continue testing in other countries, including Argentina and Australia.

Project Loon is not exactly new to the country. Two years ago, it teamed up with a company there to provide a commercial service. Now, it’s returning to provide a service to remote areas.

The service was created to provide internet access to remote areas. But the project has also helped people after natural disasters. In October 2017, reports said the service had arrived to Puerto Rico after a quick approval from the FCC. The arrival of the service came shortly after the island was struck by Hurricane Maria.

Hurricane Maria left destruction across the island and most of its population was left with no cellular and internet service. At the time, the company announced that it partnered with AT&T to provide service to the island.

The balloons were still being tested but the two companies were able to work together to help the population. The company said at the time that it would do as much as it could to keep the service in the areas that need it the most.

Puerto Rico was not the only one that saw internet from the balloons that year. Project Loon was also in Peru earlier that year after the country suffered extreme floods that left some areas without communication. Reports said thousands of Peruvians were able to use the service from the balloons, which arrived shortly after the natural disaster happened. Like in Kenya, the service was not new to the country since it had been tested there before with the help of Telefonica.

Kenya will soon be another country to have service from the balloons. But they probably won’t be the last as the company has tested its service in many other countries before and there are several parts of the world that remain without internet access. A UN report in 2017 revealed that more than half of the world’s population still does not have access to the internet. The report mentioned that Africa and Asia had the lowest rates of access. 48 percent of the people in the world were said to have access to the internet. In 2016, another report said that part of the population still did not have 3G coverage while 15 percent were said to be in a worse situation since they had no electricity.

Last year, another report revealed that 51 percent of the world’s population now had internet access. This was a significant jump from the numbers reported in 2016 and 2017. A Pew Research study revealed last year that nearly 33 million people in the US were living without internet.