Konami Has Big Plans For One of Its Series 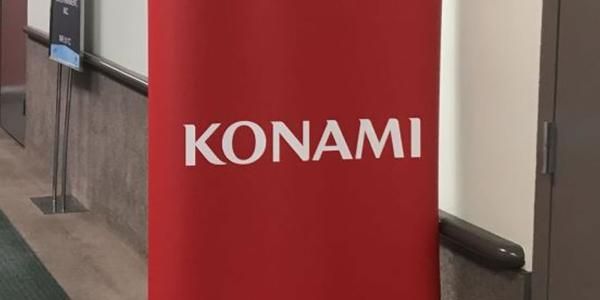 Konami has announced interesting information involving one of its popular series. Football title Pro Evolution Soccer has been a yearly release just like many sports titles such as FIFA, NBA Live, NBA 2K, and Madden. But the gaming giant will be doing things differently for its next release.

Konami has announced that there will be a PES 2021 Season update in September. The release will cost less than the usual launch title. The company announced just a few days ago that it had scrapped plans to release a full game for 2021. The company will now be focusing on its next-gen plans.

The update will include the latest players and club data for next season. The PS4, Xbox One, and Steam will be the platforms to receive the update for the game. Konami is planning to move the game’s engine to Unreal in 2021. The engine could mean interesting changes for the series, which competes with the FIFA series every year.

The announcement for the series is big news since it is not common to see sports titles receive one big update with all the players and everything for the new season. Every year, FIFA, NBA 2K, and many other sports series release a new edition of their games.

The new editions bring the latest rosters, uniforms, and other changes for the new season. The update for PES will bring all of that at a lower price, which could convince some to check out the series instead of spending $59.99 for the new FIFA.

It is unclear if PES will continue with this for future releases. But this announcement is a rare one for sports games. Gamers around the world are used to buying a new sports title every year.

Sports titles do receive minor updates throughout the year. But the update for PES will keep the game fresh without the company making a new release. The update will come for the platforms mentioned above later this year.

Sports titles are often criticized for making small changes every year. The majority of the changes involve the latest rosters and small additions to the gameplay. For years, gamers have suggested a similar system to what Konami has announced. But this is the very first time we see something like this.

EA plans to release FIFA 21 and Madden 21 soon. Both games will be available for $59.99 but the gaming giant has announced a free upgrade for players who buy the games on the PS4 or Xbox One and then move to the PlayStation 5 or Xbox Series X.

Other developers such as 2K Games have announced a different way of receiving an upgrade. The upcoming NBA 2K21 game will offer a free upgrade but for those who purchase the Legend Edition, which costs $99.99. The price of that edition is not new but the announcement has sparked some criticism since some feel like the developer is locking the edition behind a more expensive release while other companies will be offering free upgrades between the current and next gen platforms.