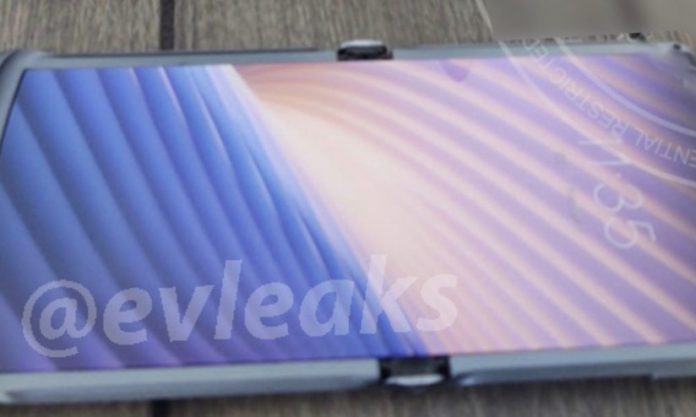 For a few months, there have been rumors that Motorola is planning to release a new version of its Razr foldable phone. Now, tipster @evleaks has posted renders for the upcoming foldable device.

From a quick look, we can see that the phone appears to have a similar design to the version that was released at the start of the year. But rumors indicate that the majority of the improvements will be on the hardware and not the design.

The phone, which is also known as the Razr Odyssey, is said to have 5G support. The processor appears to be once again something that falls behind other phones in the category. The new Motorola Razr 5G is rumored to have a midrange Snapdragon 765 processor.

The midrange processor could be a disappointment for those who were waiting for the device to have the very best in technology. Improvements are rumored for the camera department but the processor will likely be a major topic among those who review the phone if it does end up being powered by the Snapdragon 765 processor.

Motorola currently offers the Razr, which was released at the start of the year, at a price of $1,499. The announcement brought a lot of excitement around the tech community since it was the big return of a series that did very well in the mid 2000s.

The Motorola Razr was released a few months back but some reviewers weren’t convinced by some of the specs, especially at such a high price. The Motorola Razr also got strong competition early on with Samsung turning its attention to the clamshell design. The South Korean giant released the Galaxy Z Flip at a lower price and better specs, making this an attractive option right away.

Is It Coming This Year?

There is no confirmation on a release date for the new Motorola Razr but many expect it to be announced some time this year. The rumored specs aren’t super impressive so we’ll see if Motorola continues to offer a similar price to the first foldable Razr.

A release for this year will have strong competition from the start. Samsung has an event scheduled for next month where several devices will be unveiled. Among those devices is said to be the Galaxy Z Fold 2. Rumors have also mentioned that the company might even surprise everyone by announcing the upgraded version of the Galaxy Z Flip. We also can’t rule out a surprise announcement from any other companies since rumors say many are interested in having foldable phones. Companies such as Xiaomi have posted several teasers in the past while there have been rumors that Huawei might announce a new version of the Mate X in the near future.

We will keep you updated when there is more information on the next Razr. What do you think about the renders? Are you looking to purchase a foldable phone? Let us know in the comments.