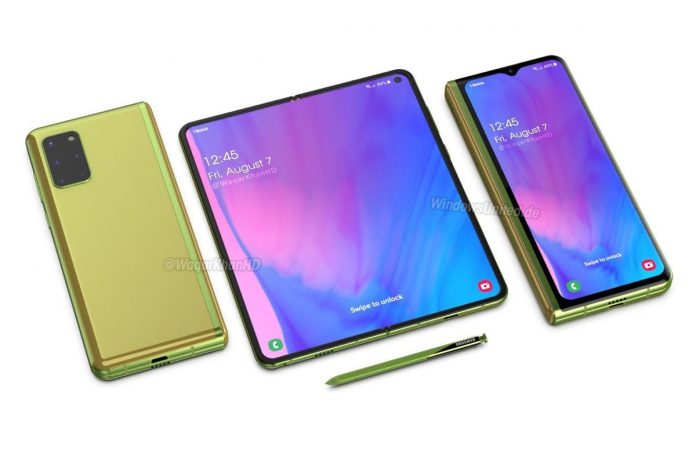 The Samsung Galaxy Fold 2 is one of several phones expected to be announced in a few weeks. The foldable phone has been one of the most talked about since the tech world is expecting great things. But there is new information from a tipster that says the phone won’t be available soon.

The Galaxy Note 20 and the Galaxy Fold 2 are expected to be the stars of the event that is scheduled for August 5. But the information from the tipster suggests that the launch of the Galaxy Fold 2 will take a bit longer.

The Unpacked event is nearly here but the only phone now expected to launch shortly after is the Note 20. The phablet is expected to be in stores just a few weeks after the event while the Galaxy Fold 2 could be out in September.

The information from the tipster suggests that the launch of the Galaxy Fold 2 may take a bit longer than that. How long? According to Max Weinbach, the software isn’t even close to being ready for a launch in September. He ended the tweet by saying that it has likely been delayed a bunch.

The tipster didn’t say when the phone would be launched but he began his tweets by posting that the Fold 2 isn’t happening at Unpacked. This could leave the Note 20 as the big announcement for the event.

The Galaxy Fold 2 will be the second version of the company’s first foldable phone, the Galaxy Fold. The foldable device is expected to arrive with big features and the best specs. The phone has been rumored for quite some time now, with reports surfacing shortly after the Galaxy Fold was released.

The Galaxy Fold saw a long delay back in 2019. The foldable phone was originally set to debut in April but that changed after reviewers found some issues with the phone. The phone was released later that year but the initial release took place in just a few markets.

The Galaxy Fold 2 appears to be getting a delay as well, if the information is accurate. But the delay could be over the preparation of the software. The Galaxy Fold was delayed over issues that reviewers found with the screen and its cover.

The Galaxy Fold 2 isn’t the only foldable phone from Samsung that’s expected to hit stores this year. A new Galaxy Z Flip is expected to be announced at the event or some time after that. The Galaxy Z Flip was released earlier this year but reports say the company will release an upgraded version.

Some reports have also mentioned that the second Galaxy Z Flip might take a bit longer to launch. No delays have been announced but the event is taking place next month so we’ll soon find out what the company is planning to release in the near future.

What do you think about this? Are you waiting to see the new Galaxy Fold 2? Let us know in the comments.