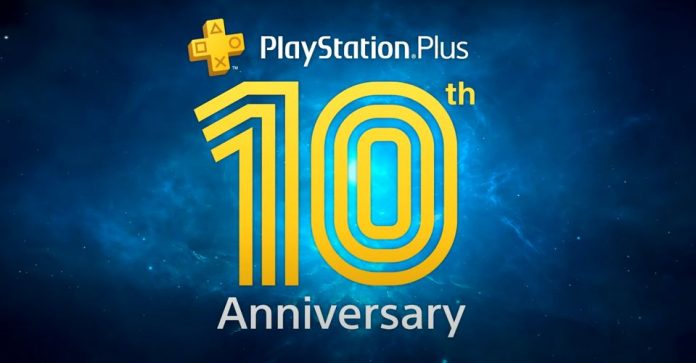 PlayStation Plus turned 10 years old at the end of June and PlayStation quickly made it clear that it would be a celebration starting July. The celebration began with the PS Plus free games for the month of July. But some users on reddit and Twitter are now reporting that the subscription service is also giving out $10 PSN store credit.

In the last two days, several users have reported about a notification that lets them know about the $10 credit. The credit is said to be for the celebration of the service turning ten years old on June 29. Sony has not really confirmed this but the information comes from several users, with some even posting screenshots of the notification.

The credit is being reported by people in North America and Europe. Some of them found out through a notification on their console or email. It is unclear how the process of receiving the credit goes. One of the requirements is probably having an active membership for PS Plus. But Sony hasn’t really given details on this so we don’t know for sure.

Dualshockers reported about a user on reddit who had a chat with PlayStation Support. The staff member is asked if the credit will be for all members of the service. He reveals that there are credits being sent out but not for all. He also reveals that it is all randomly generated and that the codes will be delivered until August 11, 2020.

The 10 year celebration for PS Plus began when the company announced the free games for the month of July. The lineup usually features two free games but this month has a bonus for those who currently have an active membership. The July free games are NBA 2K20, Erica, and Rise of the Tomb Raider.

The company also announced that there would be a free theme in the store. The theme was available earlier this month. The company said at the time that it would be limited. I downloaded the theme shortly after it became available so I can’t confirm right now if it is still available on the store.

The free theme has a yellow design with the ten year celebration logo. It’s not the greatest theme ever but it is a nice download since the company has said it is a limited release.

PS Plus launched back in 2010 for the PlayStation 3. The subscription service is a must for online players since the majority of games such as Call of Duty, GTA V, FIFA 20, and other popular titles require for the user to have it.

The only games that don’t require the subscription service are the ones available through the free to play section on the PS Store. The section includes popular battle royale games such as Fortnite, Realm Royale, and Apex Legends.

Have you received the credit? Have you played any of the free games for the month of July? Let us know in the comments.