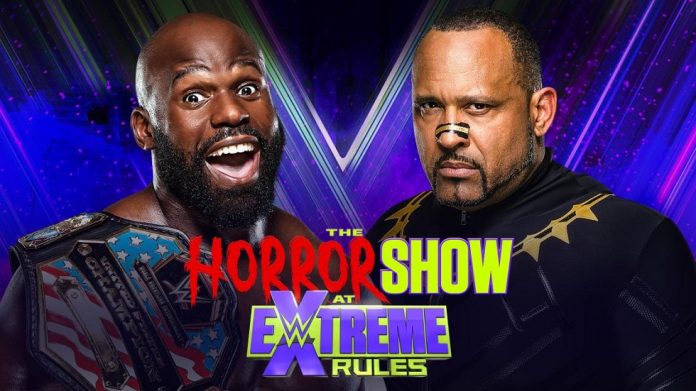 WWE’s The Horror Show at Extreme Rules is less than a week away from taking place. The PPV, which is often called Extreme Rules, will be held at the WWE Performance Center. Here is the match card so far and everything you need to know about the upcoming event:

Last month, MVP offered to be the manager for Apollo Crews. The WWE US Champion declined the offer twice. Earlier this month, MVP picked up a win against Crews. MVP later announced a new design for the title and confirmed that he would be facing him for the championship at the event.

Seth Rollins and Rey Mysterio will be meeting in an eye for an eye match. The match was 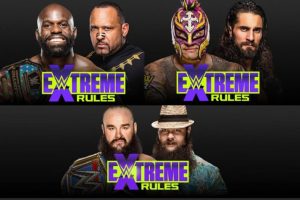 chosen by Mysterio, who wants to get revenge after the attack in which his eye was injured.

Braun Strowman and Bray Wyatt will be meeting in a Wyatt Swamp Fight. The two were once part of the Wyatt Family but things changed over the last few years, with both superstars taking a different route on their brands. Strowman is the current Universal Champion but that title was held by Wyatt not too long ago.

Ziggler was traded to Raw last month and he immediately reminded McIntyre about the success they had when they were tag team champions. The segment led to a challenge from McIntyre and a contract signing the following week. On the latest episode, we also saw the return of Slater after Ziggler brought him in for a match. Slater and McIntyre were part of a group a long time ago but Ziggler’s plan didn’t go well and the two ended up embracing after Ziggler decided to attack Slater.

Last month, Sasha Banks challenged Asuka for the title and she accepted. Banks is currently part of the SmackDown brand but she is also part of the women’s tag team champions. This allows her to compete in any of the brands along with Bayley.

In the June 26 episode of SmackDown, Cross won a match to earn a title opportunity against Bayley. Cross has never held the women’s title since arriving to the main roster. But she has been part of a successful tag team with Alexa Bliss.

WWE’s The Horror Show at Extreme Rules has a small match card at the moment. But a lot of these matches have much different stipulations than we would normally see from a PPV event. The swamp fight between the former Wyatt Family members could be an interesting one. We also have the eye for an eye match that was selected by Mysterio. We don’t know how that’s going to turn out but it is something we haven’t really seen. Sasha Banks will also be competing for a chance to be Raw Women’s champion while holding the tag team championship. Her partner, Bayley, is currently the SmackDown Women’s champion. But she will also be having a title match against Cross.

WWE’s The Horror Show at Extreme Rules will take place on Sunday, July 19.