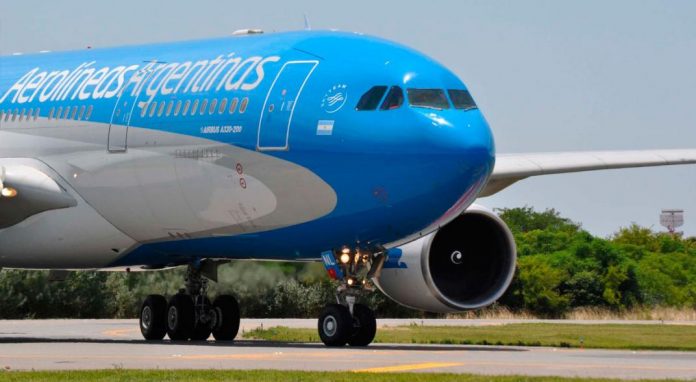 Reportur reports that in Argentina, the government is working on a plan to reactivate commercial flights. The transport ministry is said to be working with the health ministry for measures involving the reactivation of the flights. The sides are looking at national and international flights and even have a possible date in mind.

The site adds that the plan will soon be presented to the president by the health minister. La Nacion reports that it could happen next week but flights involving tourism are not in the plans just yet. The flights being considered are those to reunite families.

The reports on the plans for Argentina come shortly after several airlines announced that they are leaving the country. One just announced its decision to leave while the others have made similar announcements in recent months. Reports say at least two other airlines have not decided if they will remain or leave the country.

Colombia is also planning to resume flights in the near future. Like Argentina, the country announced the suspension of national and international flights early on. The two were among the first to announce those measures.

The government and other sides are thinking about the idea of resuming flights since it is believed that the new health measures and the low probabilities of the cases significantly going up due to visitors will keep things safe for the population.

International flights were suspended back in March and have remained that way. It is the first major step since the country began announcing strict measures to prevent the virus from spreading. Reportur reports that it could be a long process since it depends on the agreements with authorities.

Things seem to be different on the national flights side. Reportur points out that the country is already planning to reopen some routes in the month of September. The reactivation of the routes include major cities such as Bogota, Medellin, and Cucuta.

Other countries in the region also plan to resume some activities in the near future. In Chile, authorities have removed some areas from the lockdowns. Some have been put back on lockdown due to the increase of cases.

In Peru, the government recently extended the state of emergency and announced a lockdown for some areas. Ecuador recently reported a case of someone getting the virus again. Reports added that there is a second case in Guayaquil.

In Venezuela, Maduro recently announced a week of strict lockdown measures. The country continues to have less cases than most parts of South America but experts have their doubts on the numbers. The cases have also gone up over the last few weeks, forcing authorities to introduce more strict measures. Maduro has said that Venezuela will participate in the testing of the vaccine developed by Russia.