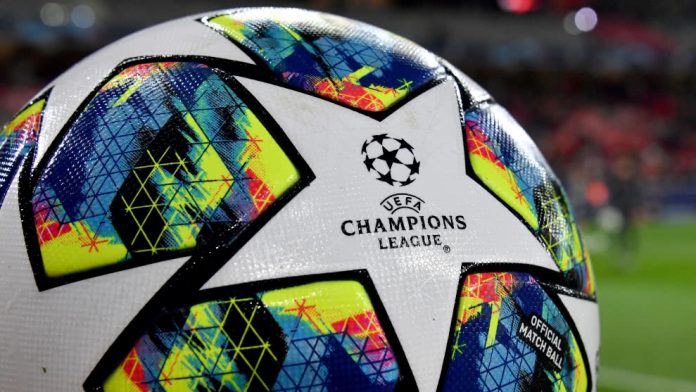 The Champions League was suspended months back due to the coronavirus pandemic. But the famous football tournament will return later this week with the matchups that were not completed. Some teams have already advanced but other clubs still have to play their second games. Manchester City, Real Madrid, Juventus, and Barcelona are some of the clubs that will be playing later this week for a chance to be in the quarter-final. Here are the upcoming matches and everything you need to know before the tournament resumes:

Juventus and Lyon will be two of four teams that return to the Champions League this Friday. The first match between these two teams was played back in late February. In that match, Lyon took a 1 – 0 win. Juventus recently won the Serie A title but the team will need to have a great match to get back in and have a chance at the quarter-final.

Manchester City and Real Madrid will meet in their second game on Friday. The first game played earlier this year began with Real Madrid taking a 1 – 0 lead. But the Spanish club saw that lead disappear with goals from De Bruyne and Jesus. The game also ended with ten men for the Spanish club since Sergio Ramos received a red card that will leave him out of the upcoming match.

Bayern and Chelsea will meet in their second game on Saturday. The first game was all Bayern as the team took a 3 – 0 win. Chelsea also ended the game with ten players after Marcos Alonso was red carded in the last few minutes of the match. The English club will need a huge comeback to get back into the match and have a chance at the quarter-final.

Barcelona and Napoli will be playing their second game on Saturday. The first match was pretty even as it ended 1 – 1. The Spanish club is coming off a disappointing end to La Liga, where it lost a big lead to Real Madrid. Napoli finished seventh in Serie A, which means there won’t be any Champions League next season unless the club wins the tournament this year.

Atalanta and PSG will meet in the quarter-final after two impressive wins against their previous opponents. Atalanta qualified after scoring 8 goals against Valencia. PSG’s second round began with a tough match against Borussia Dortmund. But the team was able to come back with a 2 – 0 win.

RB Leipzig and Atletico Madrid are in the quarter-final after impressive wins against Liverpool and Tottenham, who appeared in the Champions League final last year. RB Leipzig scored four against Tottenham while allowing zero goals. Atletico Madrid went back and forth with Liverpool but the Spanish club was able to secure the win after an impressive performance in the second game.

The Champions League will be returning on Friday after nearly five months of suspension due to the coronavirus pandemic. Matches are usually held on Tuesdays and Wednesdays but the new schedule has switched things up to later in the week.