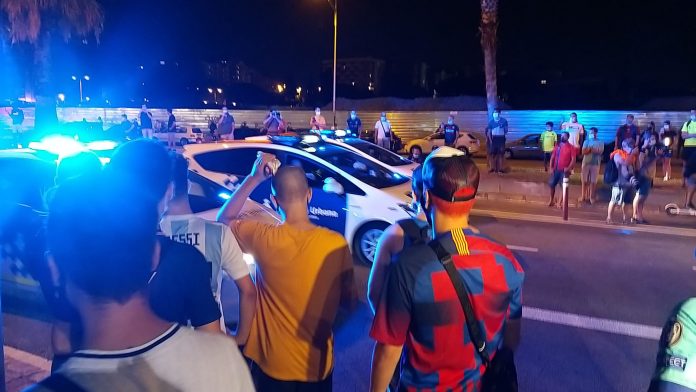 Barcelona superstar Lionel Messi has reportedly asked to leave the club this summer. The Argentina international sent a fax to the club on Tuesday, according to reports. In the fax, the Barcelona star says he wishes to exercise a clause in his contract to leave the club for free.

Lionel Messi is considered by many as the best player on the team. The Argentina international debuted with the club in 2004 and quickly became one of the top players in La Liga and other competitions. Messi has won four Champions League titles with the club but things have not been great for the club in recent months.

The reports of the transfer request by Messi brought a number of people to the surroundings of Camp Nou. Many of them came to protest against the board and show support to him.

The transfer request could spark a legal battle between the club and the player. Messi is said to have a contract clause which allows him to leave for free. But reports say that he had to inform the club of his decision before June 10.

That date was over two months ago and the club believes it has expired. But reports say Messi and his team feel it should be extended to cover the rest of the season, which took longer due to the coronavirus pandemic.

Barcelona entered the season with big moves and the club appeared to be on its way to at least one title, La Liga. The league was resumed with the club at the top but the lead was quickly lost and Real Madrid sealed the title with one game to go.

Barcelona managed to secure a spot in the second round of the Champions League after defeating Napoli. The run for the title quickly took a bad turn as the team was crushed by Bayern Munich. The 8 – 2 score was one of the worst results in the history of the club.

The club let go of its manager shortly after the shocking loss and it has been reported that it will do a reconstruction of its roster by letting go of some of its players. Messi had a solid season but transfer rumors quickly began surrounding his name. Now, reports are saying that several clubs are interested in signing Messi.

The situation could take a while to be resolved since the club thinks the clause expired while his team believes it should be extended. Messi has a 700 million euro buy-out clause, which appears to be too much for any club to pay.

Messi has been with Barcelona since he was 13 years old. In his career with the Spanish club, he has scored 634 goals in 731 appearances. He has won more than 30 trophies with the club, including several Champions League titles. He currently holds several records, including the top scorer in La Liga with 444.

It is not the first time that there have been transfer rumors about Messi. But this time, they appear to be more serious after the reports of his request. His current buy-out clause seems to be too much even for a team like Manchester City or PSG. Over the last few days, Manchester City has been one of the teams rumored to be in the race for the Argentina international. The English club is currently coached by Pep Guardiola, the manager for the record setting Barcelona team of the 2008-09 season.