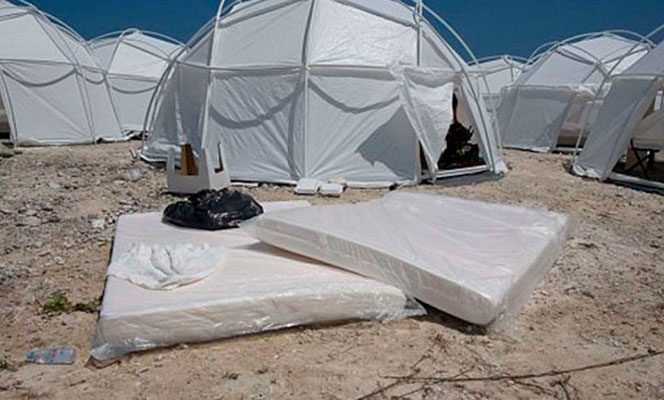 It has been more than three years since the Fyre Festival failed but US authorities are still doing what they can to recover some of the money and help the victims. The festival, advertised as a luxury weekend in the Bahamas, was supposed to take place in early 2017 but things did not go as people thought it would.

The 2017 event promised to bring a festival and a place to stay for thousands of people. But those who showed up to the area quickly found out that the event was far from what was promised.

Early on, people began reporting that the conditions in the area were not proper or what had been advertised. Some complained about the food given to them while others showed that the place to stay was far from ready.

The event left many people stranded in the area and authorities quickly took action against those behind it. It has been over three years since the event failed but authorities are still trying to get some of the money back that people lost.

US Marshals are now auctioning off merchandise from the festival. The proceeds will be going to Billy McFarland’s victims. McFarland, the main organizer of the festival, was detained shortly after the disastrous event and he is now in prison for fraud.

US Marshal Ralph Sozio said in a statement that the merchandise was kept by McFarland with the intent to sell the items and use the funds to commit further criminal acts while he was on pre-trial release.

Authorities did not say which of the victims will benefit from the sale. Those who attended the event weren’t the only ones that lost money. Several local businesses and workers were not paid.

The festival was initially advertised by several celebrities. Tickets were going for as high as $100,000, according to the BBC. Part of the merchandise was never sold but authorities are now making it available. Among the items is a black baseball cap with the logo of the infamous festival, a sweater with a different logo, and a hoodie.

The BBC reports that the black baseball cap has received bids of more than $350. Other items are also seeing plenty of bids, including a hoodie that has a repeating logo on the sides. The blue hoodie currently has a bid for $355.

Shortly after the failed event, reports said some of the items had started appearing in websites such as eBay. Some of the items were going for a much higher price while others sold out right away. In May 2019, it was announced that the merchandise would be going on sale to recoup losses.