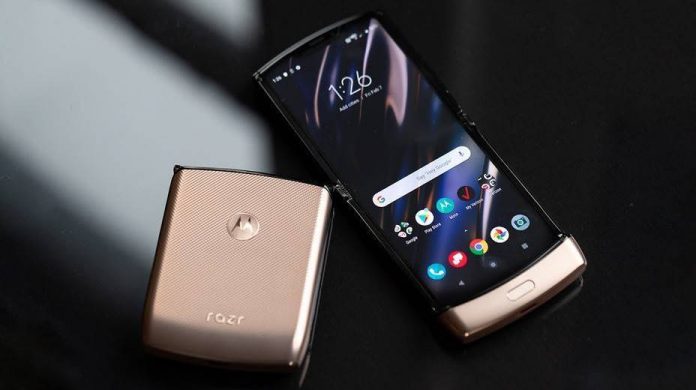 Motorola is rumored to be working on the second version of its foldable Razr device. The company made news earlier this year when it released the very first version of it. The announcement and release gave people a lot to talk about since it was also the return of the super successful Razr series, which sold millions of units for the company in the mid 2000s.

Things didn’t go as people thought it would since the company quickly got competition and struggled to keep up. The competition was mostly from Samsung, which now has three foldable devices in its lineup.

The first foldable Motorola Razr looks pretty good but the phone struggled to keep up with everything that Samsung’s Galaxy Z Flip has to offer. Both are clamshell design phones but Motorola’s release features much lower specs. The Galaxy Z Flip brought some of the latest things in technology while offering a lower price.

The Razr 2 rumors have started to heat up in the last few months and reports say the company has to step things up in order to go up against Samsung and the competition that could surface in the near future.

Now, Motorola is expected to make big upgrades in order to get back in the race. Analyst Ross Young thinks the company could focus on the display as its big upgrade. He believes the new plan is to go from the 6.2-inch display found in the first Razr to a 6.85-inch display. That would put it over the 6.7-inch display found on the Galaxy Z Flip phones.

Nothing is confirmed so far so this could end up changing. It will also be interesting to see what Motorola does on the specs side since the processor and some of the hardware wasn’t the latest. In the past, there have been reports that the phone could feature some upgrades or match the Galaxy Z Flip. Not too long ago, there was a leaked design that showed the second version of the phone.

The image, which shows the phone opened and closed, has devices nearly identical to the first foldable Razr. The image suggests that the company could stick with the same design and focus on the specs instead. The phone was initially rumored to be coming some time this year but reports have recently said that the launch might happen in early 2021.

What do you think about Motorola’s first foldable phone? Let us know in the comments.