The NBA Playoffs will kick off later today with big matchups in the West and East. The playoffs will begin with matchups such as Celtics – 76ers and Nuggets – Jazz. Here is 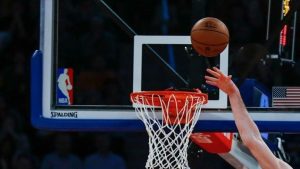 everything you need to know before the playoffs start:

The Nuggets and Jazz will kick off the NBA Playoffs later today. Denver appears to be the favorite after winning all three regular season games but this is the playoffs and records no longer matter.

The Raptors lost Kawhi Leonard in free agency even after they won an NBA Championship. But the team continues to be a threat in the East, with several stars and players from last year’s squad. The Nets are in but they will be without Kevin Durant and Kyrie Irving.

One of the must watch matchups in the East is Celtics – 76ers. Philadelphia has struggled throughout the season but the team has several stars that could make this an interesting series. The Celtics ended with the third seed after a 48 – 24 regular season.

The Clippers entered the NBA regular season as one of the favorites for the title after making trades for Leonard and George. But things won’t be easy as they will be facing a Mavs team led by Doncic, who closed out the season with some impressive performances.

The Bucks are once again one of the top teams in the East and they appear to be the heavy favorites against the Magic. Orlando finished 7 games under .500 while Milwaukee ended the season with a 37 – 7 record in the conference and the top seed in the East.

Pacers – Heat is a series that many should keep an eye on. Both teams have proven to be really good in the East and both have a bit of a rivalry going on after what happened earlier this year between Butler and Warren.

Rockets and Thunder are locked in for what’s one of the most interesting matchups in the West. The Rockets have Westbrook as their point guard, a player who had spent all of his NBA career with the Thunder before the team decided to make moves. Many predicted the Thunder to be one of the worst teams in the conference after trading George and Westbrook. But it has been far from that, with the team earning a playoff spot.

The Trail Blazers fought until the very end of the season to earn a playoff spot. But this could be far from easy for the number one seeded LA Lakers. The Trail Blazers were led to the playoffs by huge performances from Lillard and McCollum.

Who do you think will win it all? What is the best matchup of round one? Let us know in the comments.