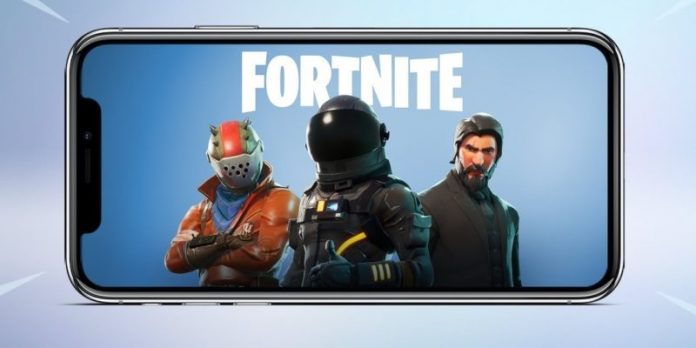 Fortnite is a free-to-play game that is available on many platforms. The battle royale game has been available on mobile, including iOS, for a few years now. But things have suddenly changed between the game and the mobile side.

A few days ago, the game was removed off the App Store due to something that the game was offering. The smartphone giant explained that the offer broke the rules of the store.

The future of Fortnite on the iPhone is uncertain at the moment but there are a few people attempting to make quick money off the situation. Gaming and tech sites report that several iPhones have appeared on eBay at insane prices.

The iPhones being sold there have the battle royale game installed. Not too long ago, people were able to install Fortnite on an iPad or iPhone in just seconds. But people can no longer find the game on the store.

Some of the people who were playing Fortnite or had the game installed on their devices are now attempting to sell their phones at much higher prices than a regular iPhone. Some of the listings include older models of the iPhone, including an iPhone 6s and 6s Plus. Both are available for more than $100, which is a lot of money for a phone that is nearly five years old.

Those listings are nowhere near the iPhone 8 Plus with Fortnite. There is one on eBay for $3,250. The iPhone 8 is a much more recent device than the iPhone 6s. But a price of more than $3,000 is just insane. With that money, the person could buy at least two of the best variants of the latest iPhone.

Fortnite is a free-to-play game on every platform so spending more than $3,000 on an iPhone isn’t the greatest idea. That kind of money can get you a great PC or multiple consoles where you could download the game.

The future of the game on that device is also a giant question mark. The game has already been removed from the store and it is unknown if things will change in the near future. Sure, those who have the game installed on their devices can still play it for now. But there’s no guarantee that future updates will continue that. One iOS update can simply change the game and make it unplayable. Epic Games has no way of giving the user the latest version of the game on those devices since the title is now gone from the store. Fortnite is constantly making updates so this isn’t good news for the game on that platform.

This isn’t the first time that people attempt to make a lots of money when something becomes rare or difficult to find. But people still have plenty of options if they want to keep playing Fortnite’s battle royale. The game is available on other platforms such as the Switch, PS4, Xbox One, and PC.