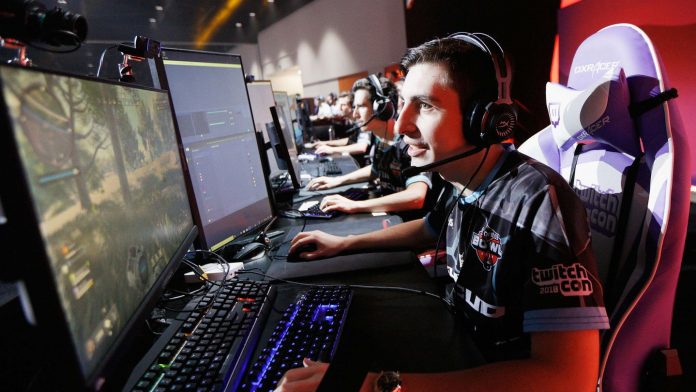 Michael ”Shroud” Grzesiek announced just a few hours ago that he is returning to streaming service Twitch. The announcement from the popular streamer is a big one since he was one of the most watched during his first run with the service.

Shroud became famous for his streams on Twitch but he later announced that he would be moving to Mixer. At the time, Mixer was competing with Twitch and similar streaming sites. Shroud was among the few that made the move but things didn’t work out for Mixer. A couple of months ago, the service announced that it would be shutting down.

Shroud and the other popular streamers that moved to the service reportedly made millions when the site went dark back in late July. The announcement from Mixer left many streamers without a place to stream and some have yet to announce exclusive deals.

Shroud’s return to the service is probably the biggest move that Twitch has made in recent months. The streamer currently has millions of followers on Twitch and that number will likely increase when he makes his official return.

The return also gives Twitch another star after losing all the streamers during the Mixer era. The service recently banned one of its most popular streamers, Dr Disrespect. The famous streamer was one of the most viewed on the site when reports surfaced that he was gone from the service.

Mystery continues to surround the Dr Disrespect ban. The service has not said much about the ban, which came shortly after he announced a deal with the site. Dr Disrespect recently returned but with a Twitch competitor. The famous streamer began the stream by explaining that he still knew nothing about the ban. The return of Dr Disrespect was a successful one for the streamer and YouTube, where he had hundreds of thousands of viewers.

Dr Disrespect is currently streaming on YouTube but reports say he does not have a contract. YouTube and many other streaming services have reached deals with their most popular streamers in the past but it seems like he is looking at all the options. Before the big return, Dr Disrespect also posted a song that quickly racked up views.

The Verge points out that a report published by StreamElements and Arsenal.gg showed that Twitch grew 56 percent in hours watched between the first and second quarter of the year. Shroud’s return will likely increase those numbers since he has millions of followers.

Twitch recently saw the return of Ninja but the famous Fortnite streamer appears to be a free agent at the moment. It was his first time on the service since the exclusive deal with Mixer. A few weeks ago, he hosted his first stream on YouTube.

Who is your favorite streamer? Have you watched any streams recently? Let us know in the comments.