The Future?: 4 Interesting Patent Designs and Features From Xiaomi 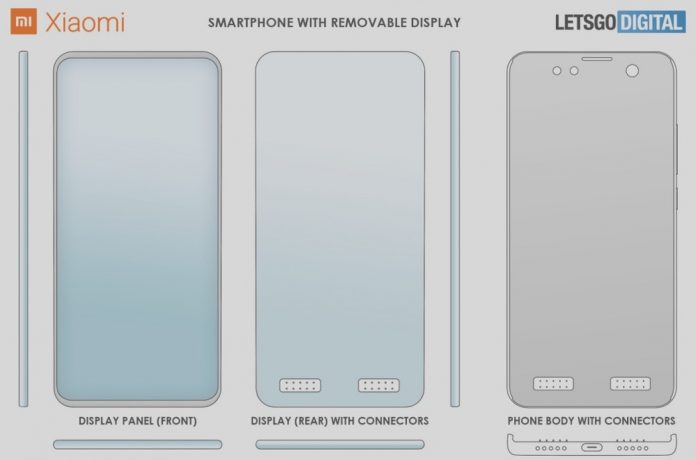 Xiaomi has released some impressive smartphones over the years, including the Mi and Mi Mix devices. But the Chinese company appears to be focusing on more than just regular smartphones. Over the last few months, reports have brought up the patents that the

company has filed. Some of the patents have stood out for showing interesting designs and features. Here are four patents that have stood out:

One of the latest patents to be spotted is about a phone with a detachable display. The phone’s screen and the rest of the body would have connectors, allowing both parts to be separated from each other. LetsGoDigital expanded on the idea, saying both parts could have the ability to be connected wirelessly even when they are not together. Notebookcheck believes the separate screen could be used as a lightweight device to make longer calls or play games.

Buttons On the Screen

This is not really a patent but some leaked images of what many think is the next Mi Mix release. The leaked images show a regular smartphone but things take an interesting turn when looking closer. On the right side of the phone, there are actual buttons on the screen. These buttons are often found on the side of the phone but Xiaomi’s design instead has them on the screen. We’re not sure what Xiaomi is planning to do with this design but it is pretty interesting due to how uncommon this is.

The latest patent from the company involves the camera department. Smartphone cameras are only getting better and Xiaomi has been part of that with some of its releases. But the company has a patent that shows a much different camera. LetsGoDigital recently posted patent images of a smartphone with a wraparound display that takes up most of the front and back panels. There are three thin frames on the phone, which means the company has come up with an interesting design for the front camera.

The front camera comes up and features three sensors along with an LED flash. In the past, we have seen cameras that come up but not with this wraparound design. This design actually reminds us a lot of the Mi Mix Alpha, which was announced last year but later delayed. This is simply a patent at the moment but by looking at the design and the triple cameras on the front, a release like this would likely have a high price tag.

One of the craziest patents to surface in the last few weeks is of a Xiaomi phone that would store wireless earbuds. LetsGoDigital posted renders of what it might look like, showing that it would simply be a smartphone but with the addition of two areas in which the wireless earbuds are placed in. There is no phone that currently holds wireless earbuds so this is something that has made news in the tech world. Some do have their doubts on the design since this could take valuable space inside the phone.