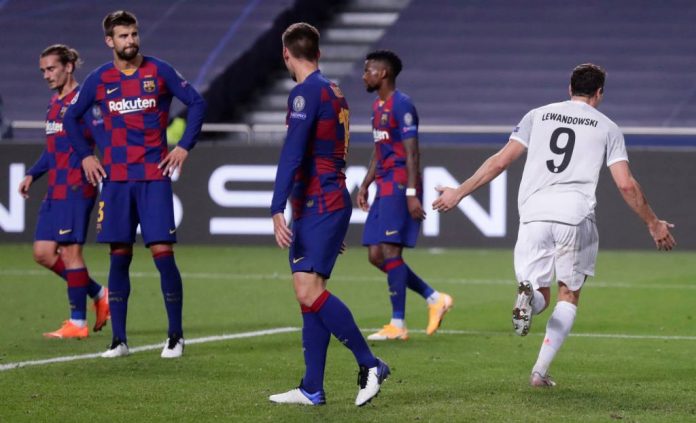 The shocking loss in the Champions League against Bayern Munich has sent Barcelona into what appears to be a full rebuild mode, with rumors going around about most of the team’s roster being on sale. No moves have been confirmed yet but reports say there are some players headed out. Here are the potential landing spots for the Barcelona stars rumored to be on their way out:

Messi is coming off a solid season with Barcelona. But the Argentina international has been the talk of the soccer world after reports surfaced that he had informed the club that he 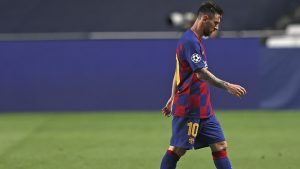 wants out. Messi still has a year left on his contract but the reports have brought up several teams that could pay massive amounts of money to sign him.

One of those teams is obviously Manchester City since they have that kind of money but also Guardiola as their manager. Guardiola won all of his Champions League titles with Messi and they made history by winning many other titles, including La Liga.

The world of soccer has also been coming up with a dream duo for the Italian league. That would be Juventus with Messi and Cristiano. Juventus recently made a deal with Barcelona for a midfielder but this one would take a lot more.

PSG is also in the conversation since they have the money and Neymar, who was once part of the Barcelona team that won the Champions League in 2015. Can you imagine a team with Mbappe, Neymar, and Messi?

Griezmann has only been at Barcelona for a season but transfer rumors have surrounded him even before the loss to Bayern Munich. The French superstar was recently mentioned in a transfer rumor with his former club, Atletico Madrid. The rumor said that Barcelona was interested in a swap deal involving Griezmann and Felix, who arrived to Atletico Madrid last season. Griezmann has also been mentioned as one of the players not leaving the club during the rebuild.

Suarez is one of the big names that is not part of the club’s plans, according to reports. The striker has been with Barcelona for many years but it appears that the team wants to get younger. Suarez has been mentioned in many transfer rumors over the last few weeks. PSG is one of them since they have Neymar, who played with him during his time in Barcelona. Reports say Juventus are also interested in the striker. Ajax has also appeared in the rumors since Suarez played for them early in his career.

The latest rumors have Umtiti as part of a deal for OL star Depay. In the past, the defender has been mentioned in other rumors involving Arsenal and teams from other leagues.

Vidal is also rumored to be one of the players on his way out. The Chilean superstar has been on the transfer rumors for quite a while. One of the teams repeatedly mentioned is Inter Milan. But Vidal has reportedly said that he would be happy going back to Juventus. Vidal played for Juventus before making a move to Bayern Munich and later Barcelona. The Italian club has a new manager and moves are expected as well.

Reports in Spain say that Rakitic will be one of the players leaving soon. Tottenham and Sevilla have recently come up as landing spots for the midfielder. Rakitic has been a solid player for Barcelona but his time with the club appears to be over since reports say that their new manager is planning to move on and bring in new talent.