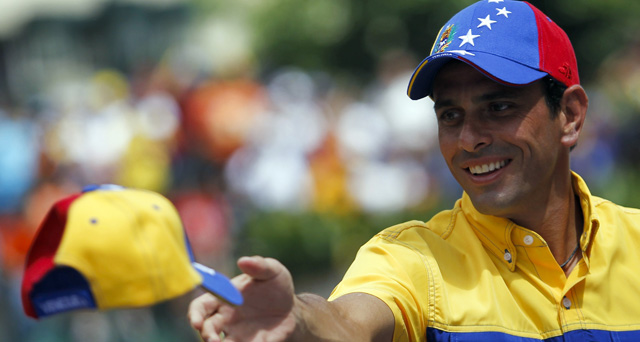 Opposition member Henrique Capriles responded to the proposal by Juan Guaido with a somewhat different plan. Guaido’s proposal, brought up last week, looks to make moves in the opposition. But Capriles believes one of the most important steps to the plan is to deliver actions that solve the problems of the citizens, who have struggled during the economic and political crisis, and now the coronavirus pandemic.

Capriles said in a statement on social media that Venezuelans want a group that is able to solve their problems. The opposition member agrees with some of the points from the opposition leader but also explained that he has a more realistic view of the situation.

Capriles, who was a presidential candidate less than ten years ago, has a different opinion on the sanctions that have been brought up against the country in recent years. He explained that the country being without fuel does not affect Maduro or the people around him but those who have to get to a hospital in ambulances without fuel and the trucks that transport food and medicine. He pointed out that it is unacceptable to take a route for political change that involves more sacrifice from the people.

Venezuela has been severely affected by a political and economic crisis over the last five years. The coronavirus pandemic threatens to make the situation even worse as the number of cases went up significantly.

In recent years, the US government and allies have announced many sanctions against the country to pressure Maduro. The sanctions have brought a stop to most of the oil sector of the country. Venezuela heavily relies on the sale of oil but the country is not making much. The lack of materials and everything needed to make that happen has forced the country to look for sellers. Maduro recently celebrated the arrival of Iranian oil to the country but reports a few days ago said tankers headed to the country were seized by the US.

In the last seven years, the political situation in the country has turned a little complicated. Nicolas Maduro took over after the death of Hugo Chavez. Maduro won a controversial election against Capriles. In 2015, the opposition had one of its biggest wins in the National Assembly. In that year, the opposition won most of the seats, taking control. But Maduro and supporters responded by creating a constituent assembly with their own members.

In 2018, Maduro moved up the presidential elections and won by a large margin, despite reports saying his popularity was at an all time low. The recent controversial elections have brought a number of sanctions, including some against electoral council officials said to be in favor of Maduro’s PSUV party.

In early 2019, the opposition declared Maduro as illegitimate since the previous elections were considered a fraud by many. At the time, Juan Guaido stepped in as interim president with the support of more than 40 countries. Now, the country is getting ready to hold its parliamentary elections but some of the opposition is planning to boycott. Several opposition members have already responded to the proposal by Guaido, with the majority agreeing to sit down and discuss the situation.