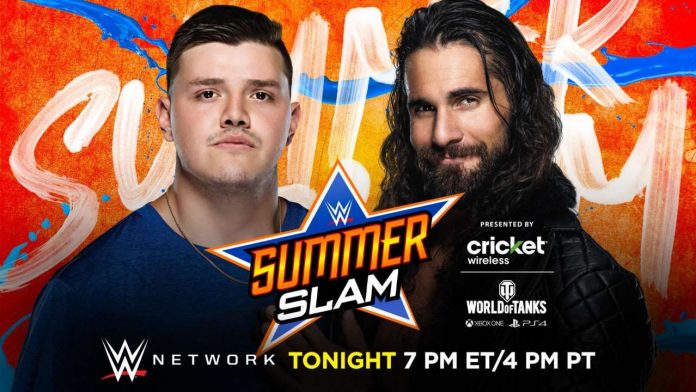 WWE SummerSlam (2020) took place on Sunday with several title matches on the card. The event kicked off with the match between Apollo Crews and MVP for the WWE United States Championship. Here are the results and everything you need to know about WWE 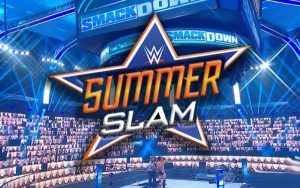 Apollo Crews defeated MVP in a short match to kick off SummerSlam. Lashley and Shelton Benjamin were not allowed to be at ringside for the match but the two ran to the ring after Crews picked up the win via pinfall. Crews was able to dodge them and leave safely.

Asuka went up against Bayley in what was one of her two matches at the event. Bayley was able to defeat Asuka via pinfall after an assist from Sasha Banks. The ending set up an interesting second match since it suggested that Bayley now had to be there to help.

The Street Profits vs. Andrade and Angel Garza

The match for the Raw Tag Team Championships saw The Street Profits retain. The turning point of the match came when Ford ran into Zelina Vega, who was on the ring apron. Garza bumped Vega off the ring and Andrade went to go check on her. The bump and Andrade going to see what happened sparked some confusion that The Street Profits used to pick up the win.

Mandy Rose vs. Sonya Deville was turned into a loser leaves WWE match. The start to the match saw Rose dominating and getting some payback for what Deville did to her in previous episodes of WWE SmackDown. Deville later turned things around but it wasn’t enough as Rose surprised her with several running knees to pick up the win.

Dominik debuted against Seth Rollins in a match that had Mysterio and Murphy watching from ringside. The match kicked off with Dominik hitting some impressive moves and shocking Rollins. But the former WWE Universal Champion never really came close to losing the match. Rollins took control of the match to the point where Rey’s wife came to the ramp to attempt to stop the match. Rey convinced her not to but he was later handcuffed to the ropes and forced to watch his son lose.

Asuka returned for the second championship match but a little injured after the attack from Bayley and Sasha after the first match. But things didn’t go as planned for the Women’s Tag Team Champions. Asuka got the submission win on Sasha but Bayley didn’t seem to be worried about helping. The win gives Asuka her second WWE Raw Women’s Championship.

Drew McIntyre and Randy Orton went back and forth in a physical match. At one point, it seemed like Randy had the win nearly in the bag after going for a punt. But McIntyre countered with a powerbomb and later an RKO reversal for a quick pin.

Braun Strowman and The Fiend faced each other for the WWE Universal Championship. The match began with Strowman and The Fiend doing everything they could to hurt each other. At one point, they took things backstage, where The Fiend hit his finisher but was not able to win since Strowman kicked out. Later in the match, Strowman brought out a box cutter to cut the ring and remove the padding. The ring was left exposed but The Fiend used that to hit two consecutive finishers on Strowman. The Fiend is now the new champion.