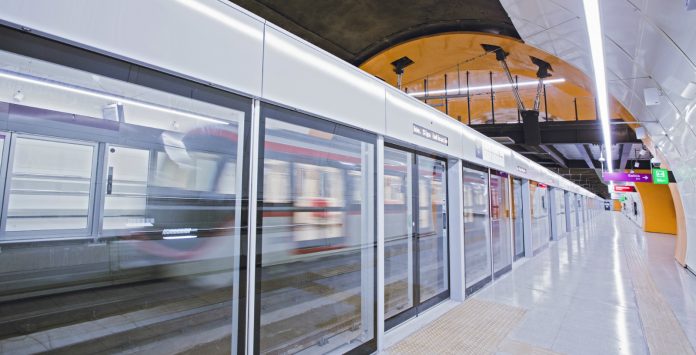 Santiago’s rapid transit system is back to 100 percent nearly a year after the protests. On Friday, the government announced the reopening of two stations from Line 4. Trinidad and Protectora de la Infancia were the two stations that reopened to put Santiago’s Metro at 100 percent.

Videos from local media showed the moment in which many citizens were back to using the station, which was one of many damaged during the protests. The reopening was also announced by Santiago Metro’s Twitter account.

Over the last few weeks, several other stations have reopened after undergoing repairs or reconstruction. The reopening of the stations was announced a few days before and it took place on Friday. Meganoticias reports that the country has spent $250 million in repairs to the stations.

Several trains were also burned along with equipment used in the stations, including security cameras, TVs, turnstiles, elevators, and gates.

The protests began over an increase in the subway fares. They initially started with students showing their disapproval of the announcement by jumping turnstiles or refusing to pay. The protests then spiraled into violence and chaos across many parts of the country.

Several stations suffered minor damages and were reopened months later. Some were completely forced to close since they were burned or heavily damaged by people who broke in.

During the protests, the government was forced to deploy the military across many parts of the country. The metro system in the capital was shut down shortly after the situation began. But many still suffered damages in the following days.

Two weeks later, the government announced several changes and the cancellation of the increase. The fare increase was four percent but many argued that the salaries remained the same while everything was getting more expensive. The protests continued for weeks before things cooled down at the end of 2019.

Santiago Metro, one of the most advanced in South America, has around 2.35 million users, according to statistics from 2017. The system has seven lines made up of 136 stations.