EA Under Fire Over Microtransaction Advertisements In Toy Magazine 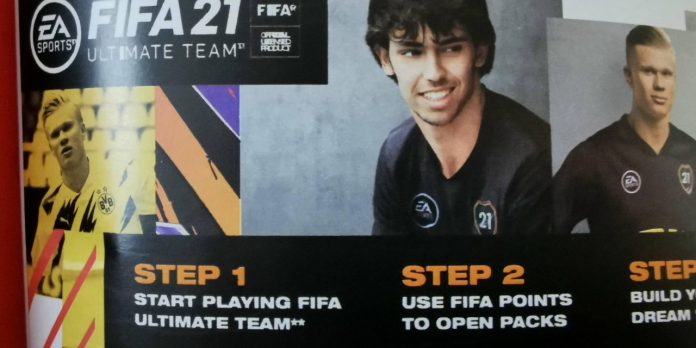 EA has sparked controversy after a UK toy magazine showed advertisements on FIFA microtransactions. The magazine reveals details about EA’s upcoming football game, FIFA 21. In a section of the magazine, the game’s Ultimate Team mode is mentioned along with using FIFA Points to open packs.

FIFA Points are the game’s currency and they are used to buy packs that contain players. With the packs, gamers are able to create teams based on the players they find in them. The page in the magazine shows a number of steps to play Ultimate Team, one which mentions using FIFA Points.

The ad has sparked criticism against the company since it is a magazine for children to see. Several people have taken social media to criticize the company for including that part of the step. Some have even called for a boycott.

In-game purchases have been the center of controversy for sports games. EA is behind many of the sports titles that have been criticized in the past. FIFA, Madden, and NHL games have all featured the mode in recent editions.

Ultimate Team offers the option to play games and earn coins in them. That option makes things difficult for players since the earnings are not enough to create a team to compete at the top level. The game also offers the option to buy FIFA Points with real money and get packs much faster.

The packs themselves have been controversial in the past since players have pointed out how difficult it is to unpack a player they want. In some cases, popular streamers have spent thousands opening packs.

Sports titles from the company have been surrounded by criticism over the last few weeks. Just a few weeks back, the company was also criticized over the release of its Madden game. The Madden 21 game received a very low rating on some review sites. Some even took social media to ask the NFL to end their partnership with EA, which is behind the release of the football games. EA has released Madden games for a while and its agreement with the league is for at least five more years since the two sides recently agreed to an extension.

In some countries, in-game purchases such as the one found in FIFA and other games have already been banned. Back in 2018, Belgium ruled that loot boxes and similar practices were no longer allowed. The Netherlands also made a similar decision with loot boxes.

Games such as FIFA and Apex Legends no longer offer the in-game purchases in Belgium. For Apex Legends, players now receive crafting materials in return. The crafting materials allow players to unlock the cosmetics they want instead of having to purchase coins. In other countries, loot boxes are still being discussed while others have ruled that they are legal.

FIFA 21 has not been released but EA has already angered some parents by adding that piece of information on its Ultimate Team advertisement.

What do you think about the advertisement? Let us know in the comments.