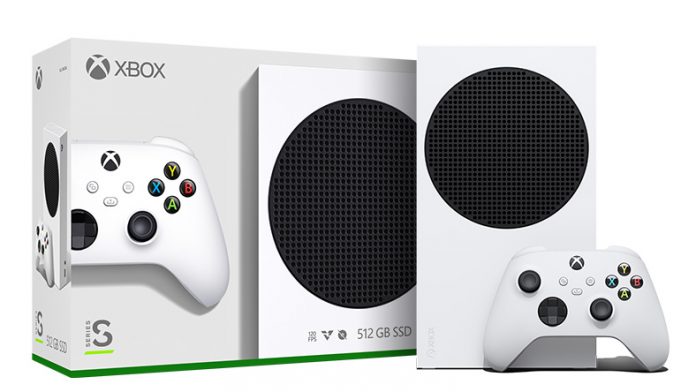 The Xbox Series S appears to be very close to making its big debut and more and more information is now popping up about the console. In the last few days, we have seen its design and now, an image has revealed the box.

The Xbox Series S is one of two consoles that Microsoft is planning to release in a few weeks. The Series S was a surprise reveal a few days back when a leak mentioned that the Xbox Series X was not the only console in the plans. Microsoft confirmed the console just a few hours later.

The Series S is smaller and features a large vent. The console will also be cheaper than its big brother. The announcement of the tiny console is an interesting twist to the console race. For months, the Xbox Series X and PS5 had been making news. But the Series S provides a nice alternative for those who don’t want to spend lots of money on a new console.

It is not the first time that Microsoft introduces cheaper alternatives. The Xbox One offers several variants at a lower price. One of those is a digital version, something that Sony is also planning to offer with the PS5.

Does This Mean Lower Price for the PS5?

The Series S has a price of $299, similar to the prices of the consoles of this generation. The Xbox Series X and PS5 will be more expensive. But the sudden announcement of the smaller console has brought up reports that Sony might try to change things before the PS5 debuts.

The PS5 is expected to be more expensive than the PS4 at launch. But Microsoft has jumped ahead by announcing a cheaper alternative to its powerful console. The price of the Xbox Series X and Series S was recently revealed after months and months of rumors.

Sony has yet to reveal the price of the PS5. The company does have a Showcase Event scheduled for later today. The event is expected to bring major details on the PS5, including the price and some of its games.

Which console are you planning to buy? Let us know in the comments.