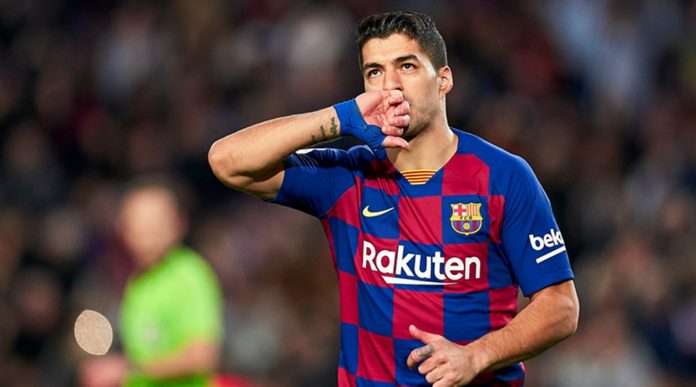 Italian authorities are investigating the process involving Luis Suarez’s Italian citizenship test. The investigation comes over alleged irregularities in the test, which was coming over a possible move to Italy’s football league.

The Barcelona striker reportedly took the test last week after rumors of a move to Italian club Juventus. Authorities in Perugia have confirmed that they are looking into how the test took place.

Suarez allegedly knew about the subjects given in the test before he took it at the University of Perugia. A statement from the Perugia prosecutor’s office and Guardia di Finanza said that the striker had the final score agreed before the process.

Transfer rumors recently said that the striker was close to a move with Juventus. The citizenship was an issue since the club had no spots left for players not from Europe. The striker had another option through his wife since she is Italian. That made him eligible to request an Italian passport. But the striker first needed to pass a language test, which he took earlier this month.

The deal never happened and Luis Suarez is now said to be close to a move to Atletico Madrid. Juventus struggled to sign another striker after the deal for Edin Dzeko fell apart. The Italian club recently made a deal to bring in Alvaro Morata from Atletico Madrid.

Luis Suarez joined Barcelona from Liverpool shortly after the 2014 World Cup. The striker had a successful run with the club almost from the start. Neymar, Messi, and Suarez  quickly won a Champions League title after scoring an impressive amount of goals in the first few years.

Barcelona agreed on a record setting transfer for Neymar a few years back. The deal split up the group and Barcelona have struggled to make it to the Champions League final ever since. Neymar’s return to the club was rumored last year but the club now seems to be headed in a different direction. Messi was also close to leaving after telling the club he wanted out but then revealed in an interview that he was staying. The Barcelona legend said during that interview that his wish to leave the club came way before the 8 – 2 loss in the Champions League.

After the 8 – 2 loss against Bayern Munich in the Champions League, the club decided to bring in Ronald Koeman as their new manager. Reports then began surfacing that Barcelona would let go of part of its roster to bring in new players. Suarez was among the players said to be on his way out.

Barcelona has made a couple of signings but the majority of the moves have involved players leaving. Vidal and Semedo are just some of the players that now have a new club. The club is expected to make a few more signings in the upcoming days.