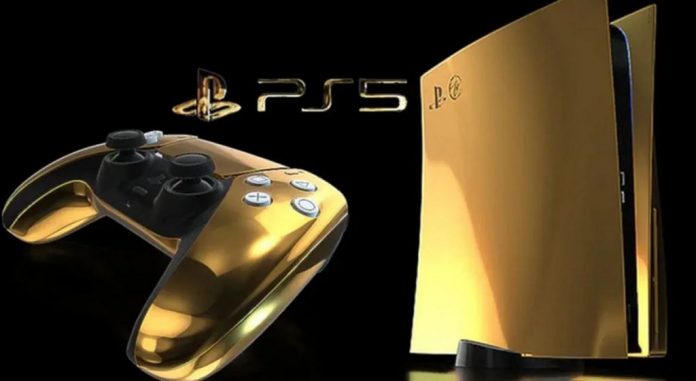 Luxury brand Truly Exquisite will be selling PS5s when the Sony console is released later this year. But their version of the console is much different and expensive than the one that will be offered by Sony.

Truly Exquisite has opened pre-orders for the console even though we don’t know many details about it. The third-party seller will be offering the official console but their version will be a lot different on the outside.

The luxury brand will be offering the console in three finishes, 24K Gold, 18K Rose Gold, and Platinum. The options will be available for both the standard and digital editions of the console, which could be released some time in November or December.

ScreenRant says that the highest price available is for the Platinum version with the disc drive. That option costs about $9,797. The version with the lowest price is the 24K Gold digital edition, which is about $9,443. The purchase comes with a wooden box display as well as insurance and free shipping.

Customers who want a little more accessories for their new and expensive console can buy some separately. The brand will be offering controllers and the PS5 headset with the finish they want. The brand won’t be making a lot of them though. It has been revealed that there will only be 250 per finish.

The PS5 was announced earlier this year and unveiled during a livestream a few months ago. The upcoming console was shown for a few minutes and Sony did not reveal any major details. All we know at the moment is that the console will be available in standard and digital editions and that there will be a number of games, including some from the PS4.

The recent announcements by Microsoft have people thinking that the Sony console could have its prices changed. The Xbox Series S will be starting at $299, which is much lower than what some people expected. The much more powerful version, the Xbox Series X, will have a higher price. But the sudden confirmation of the smaller and cheaper console has been the talk of the tech world these last few days.

In a Few Days

Sony has not set a date for pre-orders and there is currently no information on the price. We expect the digital release to be cheaper but we’ll have to wait for Sony to confirm that. Pre-orders for the super expensive PS5s from Truly Exquisite opened on September 10.

Sony has been silent on the major details about the console but an event is set to take place in a few days. The event could be where we finally hear about the pre-orders and price. Are you planning to purchase a PS5? Which games are you looking to play? Let us know in the comments.