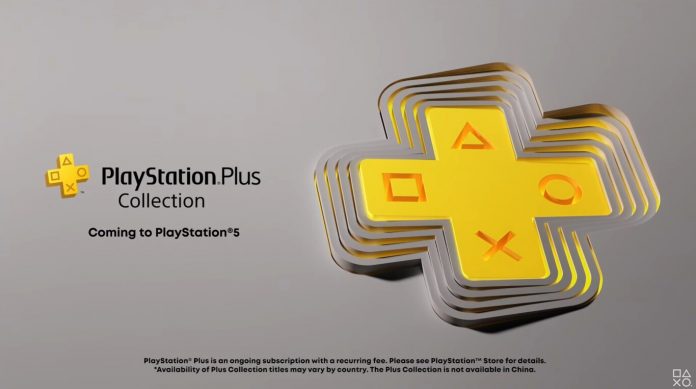 The PlayStation 5 is coming in less than two months and several titles have already been announced. But console releases usually have a limited lineup and some gamers often have to wait a few months to finally make the permanent switch from one console to another.

Sony has tried to answer all the questions about a limited lineup with the PlayStation Plus Collection. The service features a number of titles that will be available once the PS5 releases on November 12. The PS Plus Collection includes some of the first releases of the PS4 era and some of the most popular as well. Here is everything you need to know about the new service:

The list includes some of the most popular titles on the PS4 so there’s a chance you probably played some of them. But if you haven’t, this is a great option since the PS5 will not have a long lineup of games when it’s released in November.

One of the big games on the list is God of War, which was only released a few years back. The game once again focuses on the famous character of the series while introducing an interesting side to his story. Definitely worth a download through the service if you haven’t played it.

A classic has also been included once again, The Last of Us Remastered. The game, which was originally launched on the PS3, was also part of the PS Plus lineup a while back. The list actually includes several titles that have been free for PS Plus members. Games such as Uncharted 4, Until Dawn, Batman: Arkham Knight, and Ratchet and Clank are probably owned by many PS Plus members.

The PS Plus Collection was confirmed for the release of the PS5 on November 12. The new service has yet to reveal some details as to how everything is going to work. Sony will probably reveal more as the release gets closer. But there are reports about the service that say that it will be available at no additional cost.

This is great news since this means all users need is a PS Plus membership. The memberships are available for one month, three months, and a year. The most expensive is $59.99 for the year but they are usually available at lower prices during Sony sales and through retailers.

We don’t have any details as to how the downloads are going to work. Trophy hunters are definitely curious to know if the lineup will offer a separate trophy list for the PS5. November is still a few weeks away so we’ll have to wait for another Sony event or confirmation.

The PS5 will be released on November 12 in the US, Australia, and a few other markets. Other parts of the world will see the release on November 19.