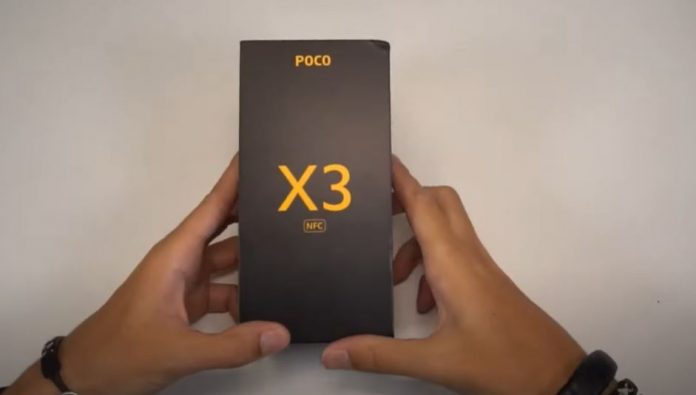 The Poco X3 is rumored to be coming on Monday but a leak has revealed plenty of information about the upcoming smartphone. The midrange device is the latest release from the Poco brand, which has brought some interesting smartphones in the past.

The phone is being described as a midrange device but there are some things that make it quite interesting. The leaks reveal that the device will feature a 6.67-inch display with a 120Hz refresh rate. On top of that, the phone will be powered by a Snapdragon 732 processor.

Some of the information on the phone comes from Ishan Agarwal, who also revealed a couple of images to show its design. The images show that the front of the device will be nearly all screen, with a small punchhole for the camera. The back shows a total of four cameras along with a flash.

The leaks on the phone seem to be everywhere at this point. Xiaomi has not confirmed anything so far but the leaks have given the tech world a really good idea on what the company will likely unveil on Monday. Twitter user Abhishek Yadav even posted an unboxing video along with a few images on the tweet. The tweet mentions that the phone has MIUI 12 out of the box and a punchhole notch.

The rest of the specs include a fingerprint scanner on the side of the phone. An interesting design choice there since most phones usually have it on the back. Hipertextual reports that the phone will arrive with 64GB and 128GB variants. There will also be a variant with NFC support.

Reports say the upcoming smartphone will start at 190 euros for the 6GB and 64GB variant. The next variant in the list won’t be that much expensive, with a price rumored to be around 225 euros. That version is said to offer the same 6GB of RAM but double the storage at 128GB.

The Poco phones have caught the attention in the past for bringing really good specs at very low prices. Xiaomi does this with other series as well but this one seems to go a step further when it comes to great specs. The Poco X3 appears to be the latest move by the company to get more customers in the midrange market. The phone looks quite interesting but we’ll have to wait for the official announcement to fully know about the phone.

Speaking of upcoming Xiaomi devices, more on the Redmi Note 10 has leaked. Just a few hours ago, leaks revealed its front design and some of the specs. The leaks reveal that the design will remain similar to the Redmi Note 9. The image shows a device with a punchhole notch for the front camera. The phone happens to be powered on and on its specs section, where we can see that it has 8GB of RAM and Android 10 along with MIUI 12.

It looks like Xiaomi will soon be offering two very interesting midrange devices. We’ll keep you updated when there is more information.