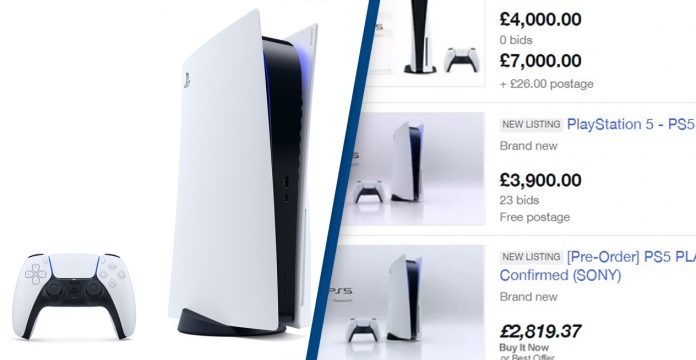 Sony’s PlayStation 5 is one of two consoles that will launch during the month of November. The upcoming gaming system will come seven years after the release of the PS4 and millions of people around the world can’t wait to get their hands on one.

The console, announced earlier in the year, was unveiled back in June but Sony dropped the biggest piece of information this week. The gaming giant said the console would be released in the US and a few other markets on November 12. Other markets will see the console on November 19. Many of those markets have already confirmed prices.

Prices Have Been Revealed

The announcement also brought the price information, something gamers had been waiting for months. The upcoming console will cost $499.99 for the standard edition and $399.99 for the digital edition.

The console was supposed to be available for preorder on Thursday, September 17. But many retailers decided to start the party early. The start of the early preorders has led to a messy process for those looking to get their hands on the console on launch day.

Preorders have proven to be very difficult to obtain through retailers such as Amazon, Walmart, and Best Buy. The demand for the console has led to what we have seen in the past, people looking to make big money from those not planning to wait.

Listings Pop Up For Lots of Money

The preorders have started popping up on websites such as eBay. The listings have appeared for double the price of the console and even more. The PS5 is $499.99 and $399.99 and there will likely be many more available after launch day. But this hasn’t stopped people from posting their preorders to see if anybody decides to spend large amounts of money on a new console instead of waiting.

This isn’t exactly surprising since it usually happens during every major console release. In some cases, the consoles have been listed at insane prices. The current listings on eBay are just for the preorders so it won’t be long before other people start selling the console for large amounts of money.

The PS5 will release two days after the debut of the Xbox Series S and Series X. The Microsoft console was unveiled earlier this year but the software giant dropped a major announcement a few days ago with the introduction of the Series S, a much cheaper and smaller version of the upcoming console. The preorders for that console will go live next week. The company has reportedly announced the preorder timing to avoid a chaotic process like the one seen with the PS5.

Have you preordered a console? Let us know in the comments.

Sony Is Looking Into the Party System Changes

Oct 20, 2020
Sony released an update last week that brought numerous changes to the system. One of those changes was made for the party system, which...