The Big Surprises of 2020: How Fall Guys and Among Us Grabbed All the Attention 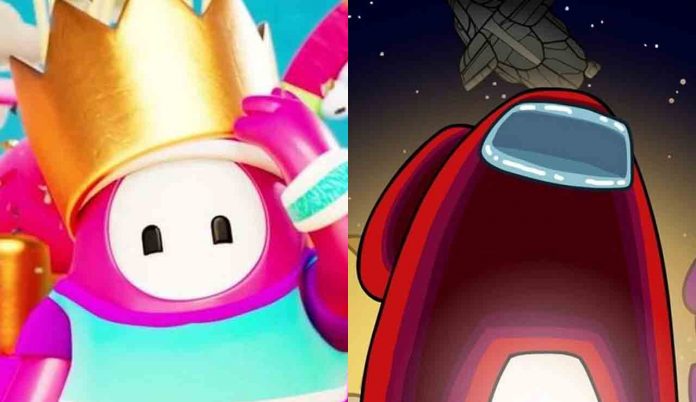 2020 has seen the releases of many big titles such as Ghost of Tsushima and the Last of Us Part II. Those titles were expected to have success and they have delivered. But the gaming world has also been taken by surprise by two video games that were not heavily advertised.

Fall Guys: Ultimate Knockout and Among Us are currently some of the most viewed and played video games around the world. Fall Guys debuted on August 4 and it quickly went to the top on Steam and PlayStation. The game’s debut also happened to be free for PS Plus members so a lot of people on that system were on that game almost right away.

Fall Guys: Ultimate Knockout, a game from Mediatonic, delivers a simple yet fun gaming experience. The game is like an obstacle show where your goal is to survive every stage and make it to the final. It all sounds easy but the levels are unpredictable and the opponents too since there are mechanics such as diving and grabbing.

The Mediatonic title has made some small additions and changes during its first season but the title is expected to deliver fresh new content when it debuts season two next month. Mediatonic has been teasing the season for a few weeks now and it probably won’t be long before there is an official trailer.

Fall Guys took over during the month of August but another small title was just around the corner to take the spotlight. That game is Among Us, which actually debuted back in 2018. The game has been around for over two years but it recently became popular among streamers and PC players. Among Us is similar to Fall Guys in one aspect, it is a simple game that many people can pick up and learn to play in just a few attempts. The goal of Among Us is much different since one side has to sabotage the other while the rest has to find out the ones sabotaging.

Among Us is entertaining to watch too, especially with all the big streamers teaming up and making things so funny. The game requires a large group of people so that’s really the only negative of this one. Fall Guys can be played alone but the experience is much more entertaining when there is a party of two, three or four people.

Among Us and Fall Guys pretty much came out of nowhere but they have been two of the most entertaining games of 2020. You also have the big titles that have recently released but the two provide a little extra, especially when you have a group of friends to play with.