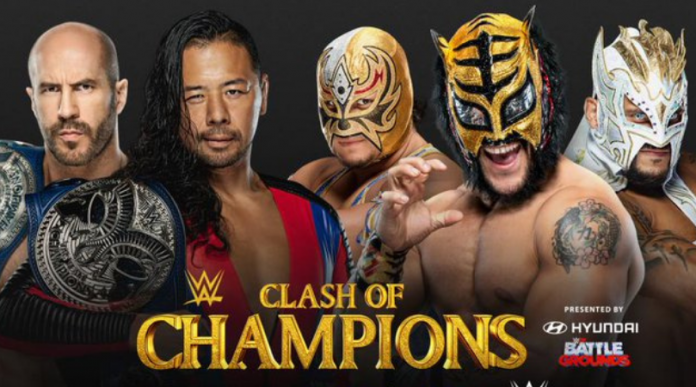 WWE Clash of Champions is less than a week away but the match card is nearly set. The upcoming episodes of WWE Raw and SmackDown could bring one or two more matches but the majority of the big fights have already been announced. Here is every match confirmed so far:

Jey Uso will be facing his cousin at the PPV after winning a fatal four way match. A very interesting matchup here since we don’t usually see Jey Uso in the race for the top title of the company. This also has to be one of the first times we see Roman face his cousin in WWE.

The two met at WWE SummerSlam but McIntyre won after a couple of match saving moves. Things escalated when Randy Orton attacked McIntyre the following night on Raw. The champion would fight back in later episodes and attack Orton. Keith Lee was also in the title race but was not able to defeat McIntyre to secure a match against him at Clash of Champions. A rematch after the SummerSlam result was likely happening and fans got it.

Nikki Cross is the number one challenger for the WWE SmackDown Women’s Championship after winning a fatal four way match during a recent episode of SmackDown. This match could be very interesting due to the whole feud between Bayley and Sasha Banks and the storyline between Nikki Cross and Alexa Bliss. 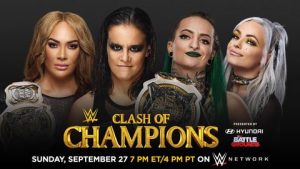 The Riott Squad won two matches against the IIconics to earn a tag team title opportunity. The team recently returned after a brief breakup but they are now without Sarah Logan, who was released from the company back in April.

Sami Zayn recently returned to WWE after being stripped of the IC title a few months back. Zayn now claims that he is the champion but the current champion is Jeff Hardy. The two now have a match along with AJ Styles.

Lucha House Party won a match against the tag team champions and this led to them getting another opportunity at WWE Clash of Champions, this time for the titles. Will they shock the world on Sunday?

The Street Profits will be competing at the event but their opponents are not yet known. Three tag teams are in the mix for now, including the newest star to the roster, Dominik Mysterio. Their opponent will likely be decided in the next episode of WWE Raw.

WWE Clash of Champions (2020) will take place on Sunday, September 27.