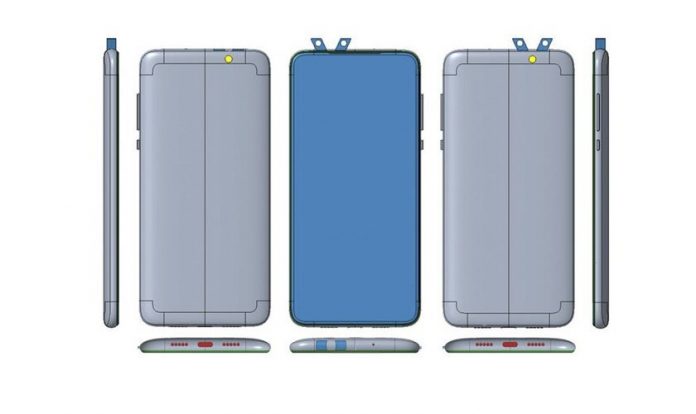 Xiaomi has been in the news a lot recently for its interesting patents. The Chinese smartphone giant appears to have a lot more unique ideas in the bag as BGR.in and others are reporting that the company has filed for a patent with a unique front camera setup.

The latest patent from the company has cameras in the shape of bunny ears. The setup has a camera sensor on the front and back. This allows the company to save up more space on the screen and not use a punchhole or notch design.

This design does leave us with some questions though. Several companies are working on adding more cameras and technology to their smartphones. This design appears to be limited to just a few cameras.

Pop-up cameras have been featured in some smartphones over the last few years. But this is a much different design from Xiaomi. This is just a patent at the moment so we don’t know if it will ever happen but this is yet another interesting idea.

Over the last few months, we’ve seen just about everything from the company. The recent reports on patents have been on different features and accessories that the company is considering.

One of the latest patents from the company is a phone with a detachable display. The patent appears to show connectors, which would help the device separate easily. LetsGoDigital even brought up that the screen and rest of the body could still connect wirelessly when separated. Notebookcheck also brought up the idea that the separate screen could be used as a lightweight device to make much longer calls or even play video games.

That is nowhere near one of the craziest/unique ideas we have seen from the company in recent months. A few weeks back, a different patent showed a design of a regular smartphone. The big stand out from this design is that the phone can be used as a wireless earbuds holder. The wireless earbuds can be placed at the top and pushed in. This has brought up some questions as to how everything would work since companies are always trying to do anything they can to make space for the hardware. Something like this would definitely take room inside the smartphone.

Not the Only Pop-Up Camera Design

The bunny ears are also not the only pop-up cameras to make news over the last few months. Not too long ago, LetsGoDigital posted patent images of a Xiaomi smartphone with a wraparound display. The most interesting part about the patent, besides the wraparound display, is that the device appears to have not one, not two, but a triple pop-up front camera.

The design of the smartphone is actually similar to the Mi Mix Alpha. That phone was announced late last year and was set to launch a few months later. Earlier this year, it was reported that it had been delayed. Xiaomi recently ruled out the release of the phone.