Apex Legends Crossplay – How To Add, Disable, Other Options 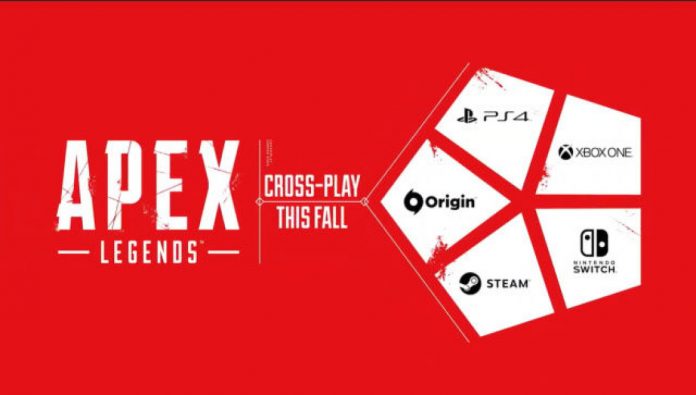 Apex Legends has just debuted a new feature that makes things a bit better for all players. The feature is crossplay, which was announced back in June but finally introduced on Tuesday. Here is how to add and disable, and other changes that arrived with Tuesday’s update:

The menu remains about the same, with just a few additions such as the logos for each platform right next to a player’s name. Adding friends through Apex Legends is not difficult at all. All players have to do is look at their friends list and at the bottom is a button that allows them to search and add.

With the addition of crossplay, players can add users from other platforms. This was something that was heavily requested by the community and Respawn has delivered.

The feature also works differently between PC and consoles. Consoles such as the Xbox One and PS4 automatically compete against each other if the feature is not off. The only way players from consoles can get in PC matches is if they have a player on their team that’s playing on that platform. It is unclear if the Switch version, confirmed back in June, will be part of the matches for consoles once the game is released.

Other Changes for Apex Legends

Respawn have also made a few other changes and additions to their game. One noticeable change has to do with the placement of the crafting materials and Apex Coins. Those are still on the top right of the screen but they are stacked instead of being right next to each other. The legend tokens are not there but those can be seen by hovering over the coins and materials.

Other changes can also be found through settings. One of them is the performance display, a little box that shows all the important information about the match/server. In the box, players can see information such as latency and FPS.

All of these changes have arrived with the new Aftermarket Collection Event update. The update, which released during the early hours of Tuesday, brings the crossplay support as well as a new limited time mode and cosmetics. There are 24 new cosmetics that can be purchased with crafting materials or Apex Coins. The event has also introduced a heirloom for Caustic. The heirloom can be found through Apex Packs or by obtaining the 24 items of the current event.

Apex Legends is available for PC, PS4, and Xbox One.

What do you think about the new update? Let us know in the comments.