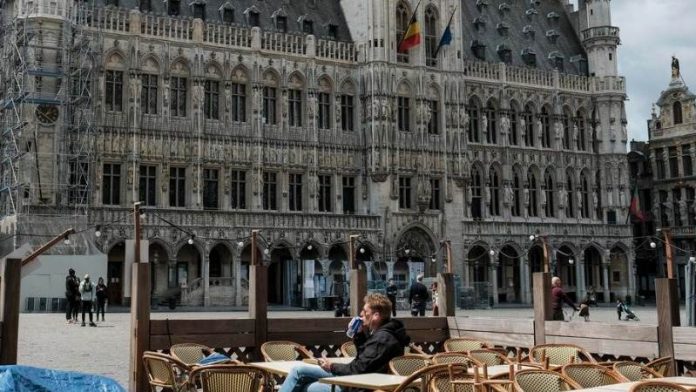 Belgium’s health minister has made comments on the current situation with coronavirus in the country. Frank Vandenbroucke said new cases were close to a ”tsunami” where things could get out of control.

Belgium has already announced measures to try to stop the situation from getting worse. On Monday, all bars and restaurants were closed for four weeks. Belgium is one of several in the region that are announcing new measures to prevent things from getting out of control.

France recently announced new measures in several cities. The announcement came after the country saw a surge in cases. Several areas of the country were attempting to return to normality but the government has been forced to bring back some of the measures due to the quick increase in cases.

On Sunday, Italy announced a number of measures. The announcement came after the country recorded its highest daily infection rate. Italy was one of the most affected earlier this year but things had slowly improved over the last few months. Now, the country has brought back some of the measures.

Belgium was also one of the most affected in the region early on. But the government is now attempting to stop another wave. The country now has a curfew that starts at midnight and ends at 5 AM. Alcohol sales are banned from 8 PM. Residents are only allowed to see one person outside of their homes. They are also being advised to work at home if they can.

The BBC reports that according to the Belgian Health Institute Sciensano, the country has recorded an average of 7,876 new cases in the last seven days. Those numbers are a 79 percent rise from the previous week. Last week, the country saw more than 12,000 cases in one day, making that its highest figure since the pandemic began back in March.

The situation in the hospitals could get worse since hospitalizations have risen over the last few days. Officials warn that if the rate continues, the intensive care beds will be filled by mid November.

Other parts of Europe have also shown concern and announced new measures. Poland has announced the opening of a field hospital at the national stadium in Warsaw. The country saw nearly 10,000 cases on average last week. Health Minister Adam Niedzielski revealed that other major cities are also preparing to set up new hospitals. Officials have asked people to stay at home, ordered restaurants to reduce their schedules, and told schools to teach online.

Germany is investing 500 million euros for the improvement of its ventilation systems. The improvements will be for public buildings. The country tackled the situation early on and received some praise for its quick measures. But cases are now on the rise, forcing the government to come up with new measures.

Europe has several countries in the top 20 for most cases, including Spain, France, Germany, Italy, and the UK. There are now more than 40 million cases confirmed around the world. More than half of those cases are between the US, India, and Brazil.