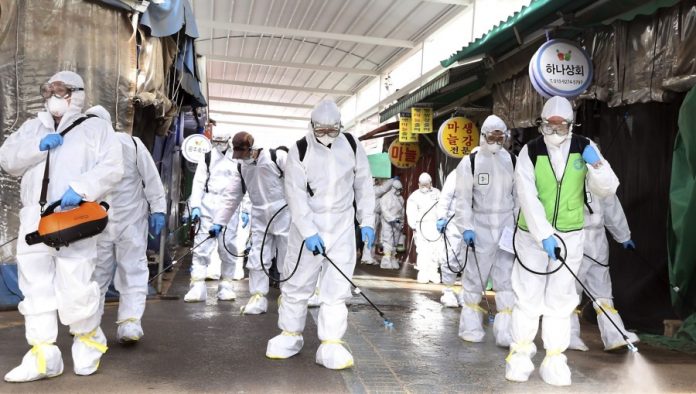 The Czech Republic has announced new measures after a surge in cases. The government has agreed to a three-week partial lockdown in which bars, clubs, schools, and restaurants will be closed. Restaurants will be allowed to operate but only with deliveries and takeaways.

The partial lockdown will be in the country until at least November 3. The government agreed to the measures on Monday. The country has been one of the most affected recently. A report from the European Center for Disease Prevention and Control recently confirmed that the country had seen more than 55,000 cases in the last two weeks alone.

The numbers are a lot higher than others in the region. The BBC points out that the country has far more cases than countries such as Germany, which has a much bigger population.

The new measures mean that the population will have to return to how it was during the early days of the pandemic. Several countries have tried to return to normality but some have had no choice but to introduce new lockdowns.

Schools will continue to provide lessons at home through the internet. Deliveries and takeaways will be available until 8 PM. A maximum of six people are allowed to gather indoors or outside.

The Czech Republic was one of many that imposed a lockdown when the situation started earlier this year. The country closed its borders and measures such as wearing a mask in public were announced. The BBC reports that some of those measures were abandoned back in June.

The Czech Republic is one of several in the region that are seeing a surge in cases. Last week, France announced new measures after seeing an increase. The country announced measures for four cities, including Lille and Lyon.

The new restrictions, which closed bars and restaurants, started on Saturday. France was one of the most affected early on but things started going back to normal after the country began seeing improvements in the numbers. But the sudden increase in cases has forced the government to introduce restrictions once again.

A few days before the announcement, bars and restaurants closed in Paris. Similar restrictions had been announced for other cities a few weeks before. There are reports that the French cabinet is considering a curfew.

Other measures in the region have come from Italy, where school trips and contact sports in the park have been banned. At least one more country is rumored to be considering a partial lockdown. That one is the Netherlands, which is expected to announce restrictions soon. The restrictions are rumored to be for the complete closure of restaurants, hotels, and other businesses. It is expected to be for at least two weeks.

Coronavirus cases around the world are now over 38 million. The United States, India, and Brazil have the most cases. Spain and France are in top ten for most cases. The UK and Italy are in the top twenty.