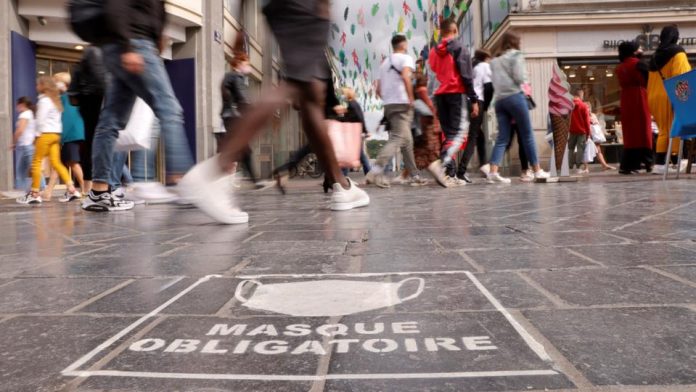 French President Emmanuel Macron has announced a curfew for nine cities, including Paris. The curfew asks people to remain at home from 9 PM to 6 AM. The announcement was made to combat the sudden increase of coronavirus cases in the country.

The curfew in the nine cities will begin on Saturday. The president revealed that the curfew will last at least four weeks. More than 20,000 infections were confirmed on Wednesday. The country recently announced more measures to tackle the increase of cases.

The previous measures announced last week closed bars and restaurants in four cities. A similar measure had been announced for at least two other cities a few weeks before. The curfew announced just hours ago includes cities such as Paris, Lyon, Marseille, and Montpellier. The curfew could be extended for up to six weeks if the situation continues.

Valid Reasons Only, Fines for Those Caught

The new measure will require people to have a valid reason to be outside their homes during that time. Essential trips will be allowed during those hours. Those caught breaking the curfew will be fined 135 euros.

France was one of the most affected when the pandemic surfaced earlier this year. The country announced measures but it later started taking steps to return to normality. Now, there is a surge in cases across the region that has brought back some of those measures.

Yesterday, the Czech Republic announced new measures after seeing an increase in cases. The government announced a three-week partial lockdown in which schools, bars, restaurants, and other businesses will be closed. Restaurants were given the permission to continue operating with deliveries and takeaways only.

Until At Least Nov. 3

The government has revealed that the lockdown will be in the country until at least November 3. Recent reports said the country is seeing a high amount of cases, despite having a lower population than some of the countries in the region.

The Czech Republic introduced measures when the pandemic started earlier this year. But the situation improved and many of those measures were abandoned a few months later.

Italy recently banned school trips and contact sports in parks. The country has been severely affected by the pandemic and it was among the highest when it came to cases a few weeks after it started.

Other Lockdowns In Europe

The Netherlands has announced a partial lockdown as well. The lockdown begins at 10 PM and the measure also means that restaurants and cafes will close. A few hours ago, Spain’s region of Catalonia announced that bars and restaurants would close for 15 days starting Thursday.

Cases have reached 38.3 million and deaths are up to 1.09 million, according to the latest statistics from Google. The US, India, and Brazil continue to have the highest number of cases. The US and India alone have more than 15 million cases. Three South American nations have quickly gone up in cases over the last few days. Argentina, Colombia, and Peru are now fifth, sixth, and eighth in the top ten for most cases.