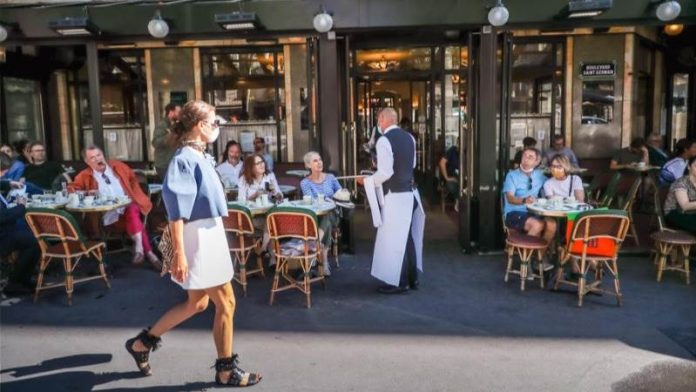 The French government has brought back coronavirus restrictions in some areas after a surge in cases. The restrictions are returning to the areas that are seeing much higher infection rates.

France, one of the most affected early on by the coronavirus pandemic, had slowly started to return to normality. But several European countries are seeing a surge in cases. The return of the restrictions were announced for Lille, Lyon, Grenoble, and Saint-Etienne.

Bars and Restaurants To Close, Hospitals Getting Ready

The return of the restrictions come as the country is seeing an increase in cases. Early on, France was among the countries with the most cases. But it later dropped down the list and cities began receiving the green light to resume some businesses and other activities.

France and several other countries are now seeing a rise in cases after experiencing a significant decrease. French Health Minister Olivier Veran recently said at a news conference that the situation has deteriorated in several areas in recent days. He added that every day, more and more people are infected.

The return to the maximum alert also means that hospitals and medical centers are getting ready to see more patients. The BBC reports that hospitals in the Paris area moved into emergency mode on Thursday.

Europe Is Seeing a Surge In Cases

The number of cases continues to go up around the world. But Europe is registering a quick increase. France, Germany, Poland, and the Netherlands are some of the countries that have seen their numbers go up at a fast pace over the last few days.

The four cities are among the many that are now heading back to the restrictions that were announced by their governments early on. In South America and other regions, governments have decided to bring back lockdowns after a rise in cases.

In some parts of the world, governments have decided to reopen schools and businesses. Most of the areas returning to normality have seen a decrease in cases or almost no cases at all.

The number of coronavirus cases is currently over 36 million. Spain is the only European country in the top ten list for most cases. But France and the UK are not far off the top ten. The country with the most cases is the United States with over 7 million. India is second with more than 6.8 million cases. Brazil is third with over 5 million.

Google statistics show that the number of cases have gone up by more than four million in the last two weeks alone. Several countries are currently trying to develop a vaccine that will protect the body against the disease.