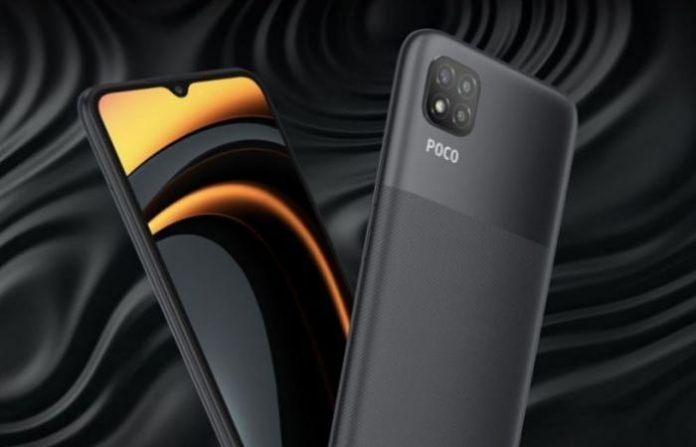 The Poco smartphones have only been around for a short time but the brand has made a lot of noise with its releases. In recent months, we have seen a few Poco devices with impressive specs at very low prices. The brand seems to raise the bar every time it makes a new announcement and now, it has unveiled its most affordable option yet.

The Poco C3 is reportedly named after its cameras. GSMArena reports that the C stands for camera while the three is the number of sensors on the back. The phone’s design isn’t the greatest ever but it looks nice, especially with the two-tone pattern on the back. Here is everything you need to know about the latest announcement from Poco:

The Poco C3 has a 6.3-inch waterdrop notch display along with HD+ resolution. The primary camera is 13MP and the two others are a 2MP macro cam and a 2MP depth helper.

The phone is powered by the Helio G35 and it has options of 3GB or 4GB of RAM along 32GB or 64GB of storage. The storage can be expanded since the phone takes SD card. The battery in this phone is 5,000 mAh.

The Prices for the Two Variants

We haven’t talked about the most important part about the new Poco phone, its price. The starting price of the device equals to about $102 for the option with 3GB RAM and 32GB storage. The price isn’t that much different for the other option. The 4GB RAM and 64GB storage variant has a price of around $122.

Those are some impressive prices coming from the Poco series. The tech world is seeing much more expensive devices now but the brand is going the opposite way by announcing some very very affordable phones. The prices will likely make those devices a nice option for the markets in which it will be available.

A few weeks back, the brand announced a different affordable option. The Poco X3 was launched with a price of about $269. The price is much higher than the latest announcement but the main attraction of that phone is that it comes with four cameras. Phones with four cameras usually cost hundreds of dollars more so Poco is doing some impressive stuff with this release.

Other Impressive Releases from the Brand

The brand took all the spotlight back in late 2018 when it announced the Poco F1. At the time, the phone was big news since it brought specs that were mainly found on premium devices. The big difference was that the Poco device had a much lower price. There were obviously some features that the phone lacked because of the price but it was still an impressive release.

The Poco C3 is now the most affordable phone from the brand and it will be really difficult to top this one since $102 for a phone is something we don’t see often, especially with those specs.

Have you purchased any Poco smartphones? Are you considering this release? Let us know in the comments.