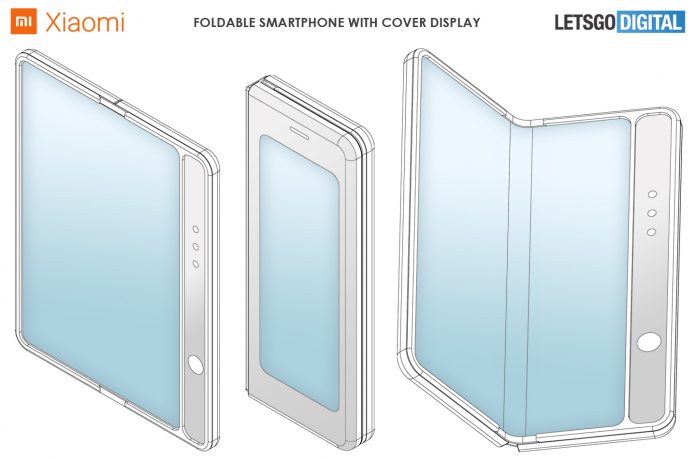 There is a new Xiaomi patent and this one seems a bit more realistic than others. The latest patent shows what appears to be a foldable phone, with many comparing it to the Galaxy Fold since it has a similar design.

Xiaomi has some crazy patents in recent months but this one could be the closest to happening. Renders of the phone have been posted by LetsGoDigital. The images show a phone similar to the Samsung Galaxy Fold, which debuted last year.

Latest Patent from the Company

Andro4All reports that the patent was filed at the beginning of the year. The organization behind the patents in China released the information recently, letting the tech world know a bit more on Xiaomi’s ideas.

It is not the first time that the company has a patent that shows a much different phone. In recent months, the company has been making news for its interesting patents. One phone showed a detachable display while another was said to be a regular smartphone with the space to store wireless earbuds inside.

The company has also teased a foldable phone in the past. At least two teasers have been posted by the company over the last three years. Both teasers came through short videos but they showed just enough to let everyone know that the company was working on a foldable device.

We haven’t heard much on Xiaomi foldable phones since. It is unclear if the phone shown in those videos is still part of the plans for the company. The closest the company came to a foldable phone was with the Xiaomi Mi Mix Alpha. That phone was announced late last year and was supposed to be released shortly after.

The phone, which featured a wraparound display, was unlike anything we had seen before. It was so impressive that many couldn’t wait to get their hands on one. But the company recently ruled out the release. The Mi Mix Alpha did not have a folding system but it was the closest to one since it featured a screen that not only went on the front but also around the back.

Will There Be a Release?

This patent has once again sparked rumors that the company could be working on a foldable phone. Several smartphone giants already have one or two foldable phones in the market. Samsung, Royole, and Huawei were among the first to release a foldable phone.

Motorola entered the race earlier this year with its Razr phone and the company is already offering an upgrade of that. Samsung has two different foldable phones, including one with a clamshell design, similar to what we see with the Motorola Razr. Huawei has the Mate X and Xs while Royole has the FlexPai, which was the very first foldable device to be announced back in 2019.

Xiaomi’s next big phone appears to be the Mi 11 but the patent could be pointing to other major releases in the near future.

Nov 30, 2020
The Castropignano village has become the latest area in Italy to offer houses at very low prices. The village, located 140 miles southeast of...