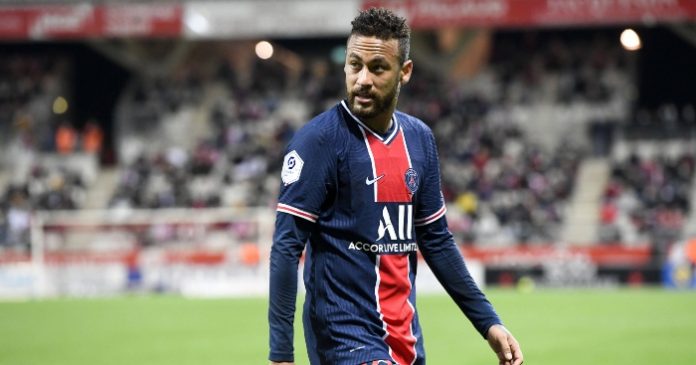 Twitch is the place where many gamers go to host their streams and have a fun time. In the past, various celebrities and athletes have joined the service and held streams to play or be part of an event. The latest to make an appearance is Neymar.

The PSG superstar has appeared in videos playing video games but he now has a Twitch channel, where he tried a couple of games. The Brazilian superstar first jumped into Counter Strike: Global Offensive, where he made some really nice plays. The famous striker had lots of followers shortly after his debut.

Neymar was on CS:GO for most of his stream before making a move to Among Us. The second game was no surprise at all since it is currently one of the most popular in the world. It is also very popular on Twitch, where many tune in to see their favorite streamers attempt to dodge the impostor or pretend they are not the bad guy.

Neymar playing CS:GO as his first game is not a surprise either. The game is quite popular in many parts of Latin America. The Brazilian superstar streamed on Twitch for two and a half hours.

Neymar is among the many athletes who have made an appearance on the streaming service. Several NBA players have appeared in videos or have their own channels where they stream often. Neymar has just launched his channel so it will be interesting to see the games he tries out when he returns to the service.

The PSG star may not be able to stream as much as gamers often do during the day. Neymar and his team recently started their search for another league title. Things have not started well for the French club. PSG started off with a couple of losses in Ligue 1 before recovering and winning the last four. The club is currently fourth in the standings but the good news for them is that they are only two points back from the league leader.

It has been somewhat of a good year for Neymar and PSG. The club had a successful return to the Champions League after the coronavirus pandemic suspension. PSG went on to defeat several teams to reach the Champions League final. The French club did not win it but it was a major step since they had struggled to make it to the final stages of the competition in recent years.

Neymar’s teammate Kylian Mbappe is not a popular streamer but the striker is on the cover of the upcoming FIFA 21 game. Mbappe, who is just 21 years old, has already won a World Cup with France and appeared in one Champions League final. Mbappe is also the second most expensive transfer behind Neymar, who broke the records after his move from Barcelona to PSG in August 2017.