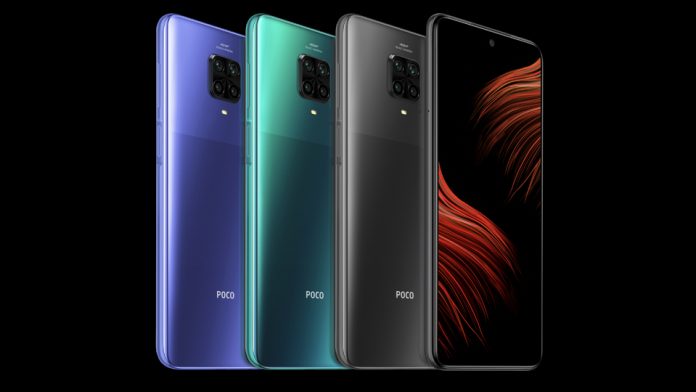 Xiaomi’s Poco brand is always announcing new phones at very low prices. A couple of days back, the brand made news when it announced the Poco C3. But that’s not the only device from the brand that is much cheaper than the competition. The Poco M2 is also in the mix for being one of the most affordable phones out there. Here is everything you need to know about these recent releases:

The Poco M2 was announced not too long ago. The device was among the cheapest at the time but the brand recently announced another one that is even cheaper. The Poco M2 is a midrange phone that is quite interesting since it is not as powerful as other releases from the brand but it offers a very low price. Among the specs of the device is a 5,000 mAh battery and a FullHD+ display.

The Poco M2 and the recently announced Poco C3 have some similarities. The two actually have a two-tone pattern on the back that prevents the phone from getting a lot of fingerprints. That’s really the only major similarity between them when it comes to design.

The Poco M2 has some really good things such as three cameras on the back and options of 64GB and 128GB storage. The RAM is 6GB for those two options, which isn’t bad for the price.

The Poco M2 has a price that is nearly unbeatable but the brand has managed to release another device that is even cheaper. The Poco C3, announced a couple of days ago, comes in two variants, 3GB/32GB and 3GB/64GB, and its price is a lot lower than the M2 and its other variants.

The starting price of the Poco C3 is just $102. The variant with the most storage is only $20 higher at $122. Smartphones with these types of specs are usually somewhere between $150 – $300. But the brand has somehow made this device under $150.

The Poco C3 may not have the most powerful specs but it does offer some good features. The phone has three cameras on the back, just like the Poco M2. Its design is similar to recent releases by the brand. But there’s nothing to complain about with this price.

The Poco brand has made some impressive releases over the last two years. The M2 and C3 are among the latest devices to arrive at a very low price. A phone for just $102 is a great deal for anybody looking to upgrade from their old smartphone to something that’s not so expensive. The C3 is actually the brand’s cheapest smartphone now. We don’t see that changing soon since $102 is already an extremely low price for a phone with those specs.

What do you think about these smartphones? Have you purchased a Poco smartphone? Let us know in the comments.