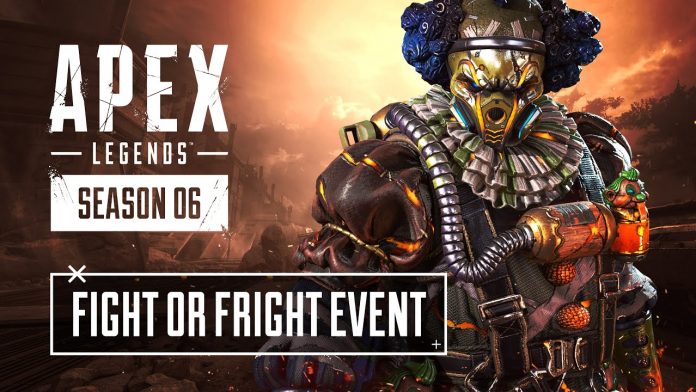 The Halloween event for Apex Legends is finally official after numerous rumors and leaks in recent weeks. Respawn has posted an Apex Legends Fight or Fright 2020 event trailer on YouTube, showing everything that will come.

The upcoming event has a new mode but it appears that the skins that will be available will be recolors of the ones released last year. During the trailer, we see Bloodhound, Wraith, and a few other Legends go from the skins last year to similar ones with a different color.

Shadow Royale Is the New Mode

The new mode for this event is called Shadow Royale. The limited time mode is all about battle royale but there is a twist, eliminated players remain with their squads as shadows until everyone is gone. This will likely make things interesting since opponents will be looking to eliminate the whole squad to avoid shadows coming after them.

Respawn revealed some of the cosmetics through the trailer but it is unclear how things will work in the shop. There are players who currently have the items from last year’s event. Will they be able to get the recolors at lower prices? Will they have the same price for all? We’re going to have to wait for the event to launch.

Will It Be the Old Kings Canyon Map?

Last year’s event took place in the old Kings Canyon map. A lot of the players are hoping that happens again since it would feature a popular location known as Skull Town. The location was removed with the introduction of the Season 5 Kings Canyon.

Last year’s event featured a different limited time mode called Shadowfall. The mode was partially battle royale until it got to ten players remaining. Those ten players had the chance to run to a ship to escape the shadows going after them. The shadows were the players eliminated before the top ten.

We don’t know what the event will bring for free rewards. Last year’s edition had a number of free rewards, just like many of the events for Apex Legends. The event required players to play Shadowfall and the regular battle royale mode.

Aftermarket Event Now In the Past

Apex Legends is coming off the Aftermarket Collection event. The event, which ended just hours ago, brought a heirloom to Caustic as well as numerous skins for Legends such as Bangalore, Mirage, Loba, Gibraltar, Lifeline, and Wraith. The event featured a mode called Flashpoint, where players had to visit certain areas of the map to regain health.

Apex Legends is currently in its last few weeks of Season 6. The latest season introduced a new Legend known as Rampart. The season also brings a new battle pass and the addition of holograms, which are items that the players can drop around the map. Respawn has already revealed a little bit about the next legend after her appearance in some of the challenges.