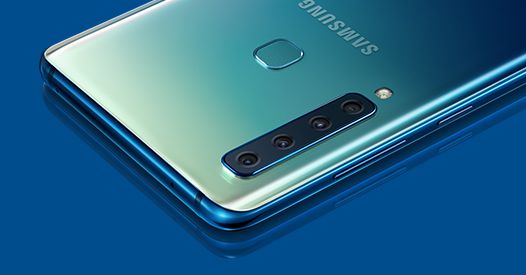 Reports in South Korea are saying that Samsung will follow a similar approach to what Apple has recently announced with its new iPhones. The South Korean giant is rumored to be releasing its next Galaxy smartphones, the Galaxy S21, without a charger or earphones.

The reports say that the company is considering the idea of leaving out all accessories that come with a new smartphone. The box would only come with the smartphone and a USB-C cable. But reports add that the decision has not been made just yet.

Samsung has never done this in the past. The company’s Galaxy S series has always offered a pair of wired earphones, USB cable, and a charger. The latest releases, the Galaxy S20 phones, also come with them.

The move is said to be a good one for the environment but many customers won’t be happy that they will have to buy accessories such as the charger separately. The reports that come from South Korea have only mentioned the upcoming Galaxy phones so it is unclear if the company will do the same for other series.

The Galaxy S21 is rumored to be coming earlier, with reports saying that the phone will be launched in January. The phone is expected to be among the first to have the new Snapdragon processor that will be officially announced in December.

If true, Samsung would be the second company to ditch accessories for its new smartphones. Earlier this month, Apple announced its iPhone 12 with no earbuds or a wall charger in the box. The announcement wasn’t a surprise for many since there were rumors that the company was considering the idea. Rumors of the company ditching the accessories go as far back as June 2020.

One company that will keep the same approach is Xiaomi. Last week, the company announced that it is reducing its plastic usage but will keep the free charger. The eco-friendly move was announced through a tweet. The post also shows the unboxing of the Mi 10T Lite, which comes with a USB cable, manual, charger, and phone case.

The tweet came just days after the Apple announcement and while it doesn’t mention the company, its message is clear. ”You’ll get all the essentials, just with less plastic waste,” the post reads. Xiaomi’s next big release is said to be the Mi 11, which could come as early as January. The recent tweet indicates that the company will likely offer the usual accessories.

The moves from some of the biggest smartphone companies could mean changes in the near future. Samsung’s move is just rumored at the moment but if it does happen, it would be the second company to ditch accessories. More companies would probably start considering the idea if this keeps happening, making separate purchases a common thing when getting a new smartphone.

What do you think about this? Do you think more companies will follow? Let us know in the comments.