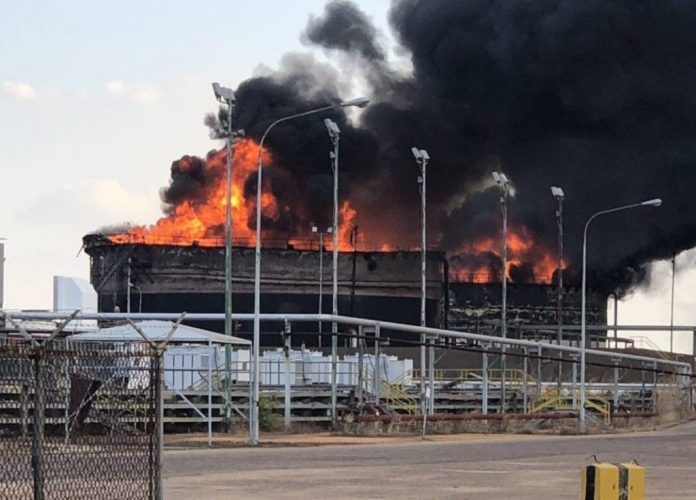 Nicolas Maduro said on Wednesday that Venezuela only has gasoline for about 20 days. He said through a press conference that the country currently has gasoline reserves for 20 days and that they are working to accumulate enough for 30 days.

He added that gasoline reserves have been reached since the country is producing 30 percent more than what it is consuming. He revealed that the number is also because of the import from other regions.

Venezuela is currently facing shortages on just about everything, including gasoline. The press conference by Maduro came a day after reports said that there had been an explosion in the Amuay refinery. The group representing the workers there reportedly said that the explosion happened when they were trying to restart an area of the refinery that had been recently shut down.

The explosion was quickly controlled by firefighters and reports say no one was injured. But the explosion reportedly left Plant 4, the only one operating, out of operation.

The refinery is one of the most important in the country but this isn’t the first time that there has been an incident. In recent years, there have been several incidents, including an explosion that killed 48 people in 2012. The incident also left 151 people injured and over 1,000 homes damaged by the shockwave. Opposition officials and those working closely with the oil industry in Venezuela blamed the disaster on lack of maintenance and investment. Government officials rejected claims that state oil company PDVSA, which owns the refinery, was responsible for the disaster.

Maduro and government officials have said that the latest incident in the refinery had to do with an attack on the plant. One opposition lawmaker had a different explanation on the incident, saying that it was probably an acid leak. He also criticized the state oil company for the incident.

Maduro and government officials have recently blamed the US and allies for the country’s problems in its power and fuel sector. They have repeatedly said that their power plants are being sabotaged or attacked.

The situation in Venezuela could get even worse if the gasoline runs out. The country is already facing severe shortages on fuel, with most of the population spending hours in lines to have the chance to fill up a small percentage of their gas tanks. In Maracaibo and other parts of the country, the population has decided to turn to bicycles and motorcycles as a meaning of transport.

The government blames the recent sanctions from the Trump Administration. In recent years, the US government has announced a number of sanctions, preventing US companies from working with the Venezuelan government and those linked to them. Several sanctions have also been announced against officials, including those involved with the armed forces and those behind the electoral council, which has been repeatedly accused of being in favor of the government.

Millions have fled in the last five years and human rights organizations say the situation could get worse since the country is still in the middle of an economic and political crisis.