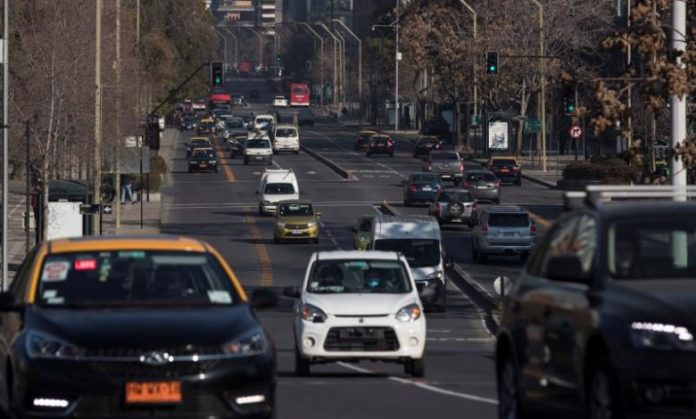 Chile is planning to reopen its borders to tourists in December. The announcement comes months after the start of the coronavirus pandemic, which has left many dead across South America and other parts of the world.

Chile is planning to reactivate tourism but the country will be requiring a few things for those looking to visit. Visitors will have to get to Santiago’s Arturo Merino Benitez International Airport and show proof of a negative COVID-19 test taken in the last 72 hours. There are a few other requirements such as providing a health statement and keeping the country updated.

Tourists who meet the requirements to enter the country won’t have to quarantine and will be allowed to visit other places. A public health official told La Tercera that all the people who enter the country, will be under a surveillance period of two weeks. They are required to report their symptoms and location.

Tourists will be allowed to enter and visit parts of the country. But visiting different regions and places will likely be complicated. Chile has a curfew in many parts and communes are regularly entering a new stage of measures or leaving those measures behind. The government and health officials often make announcements on the communes and places that are getting new restrictions.

Traveling Could Be Complicated

The constant announcements could make traveling around some parts of the country very complicated. Communes in the capital are still under some restrictions but some are ahead when it comes to the stages. Independencia, one of the many communes in Santiago, was recently among the ones entering phase four. The commune was under lockdown and curfew earlier this year but things seemed to have improved and officials have now announced a new stage that will have less restrictions for that area. At one point, residents of that commune were required to fill a permission online so that they would be allowed to enter supermarkets and other businesses.

Chile closed its borders to nonessential travel back in March. The announcement came when the region started seeing more and more cases. Other parts of South America such as Colombia and Argentina made similar decisions to shut down travel early on.

Chile has more than 525,000 cases, according to Google statistics. The country has reported more than 14,000 deaths. Statistics show that the worst month of the coronavirus pandemic for Chile was mid June. In one day, the country saw nearly 7,000 cases. Cases have dropped to less than 2,000 per day in the last two months.

The situation in the country seems to be improving but experts are taking things slowly. Many parts of the country still have restrictions and curfew. Chile’s numbers are not as high as in the month of June but the country is still in the top 20 for most cases. Other South American countries such as Peru, Colombia, Brazil and Argentina are also on the list. Brazil is currently third with more than 5 million cases and 164,281 deaths.