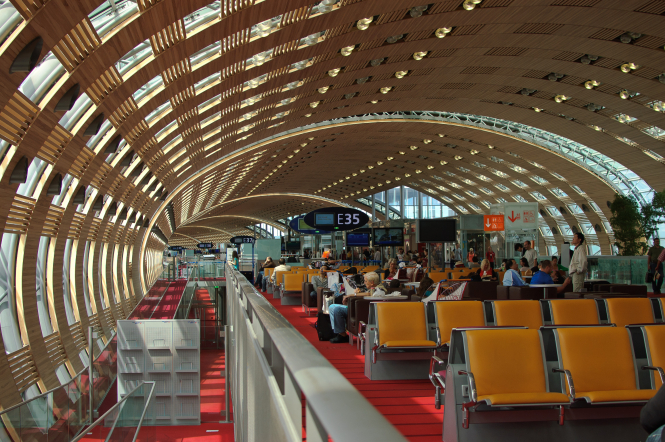 Authorities arrested six men and a woman as part of the operation. The group was found with more than 200 fake certificates on their smartphones. Prosecutors say the certificates were being sold for up to 300 euros.

Authorities found out about the fake certificates after they noticed something false among one of them. The BBC reports that the arrests came after a certificate from a passenger attempting to travel to Ethiopia was found to be fake.

France has reintroduced a number of measures after a rise in cases. The country was affected early on by the deadly virus. But things improved later and the country started slowly reducing the measures. Now, a rise in infections across Europe has brought back many of those measures.

France is one of several European countries that are currently trying to prevent the situation from getting worse. Over the last few days, France, Sweden, Czech Republic, and many others have seen a rise, forcing the lockdowns and previous measures to return.

Some airlines in the country now require passengers to show a certificate to prove that they don’t have the virus. Many of the passengers are unaware of the measures so the group attempted to offer them at the airport.

AFP quoted an airport source as saying that the seven had been behind an unlicensed business as luggage wrappers. But that was affected when the number of passengers started dropping in the airport due to the situation.

France registered a record 60,486 new confirmed cases on Friday, according to France24. The amount of cases puts the country at 1.66 million now. France is now fifth on the list of most confirmed cases, closely behind Russia.

Last month, French President Emmanuel Macron announced new lockdown measures for the country. The new restrictions include things such as documentation when leaving the house and only being allowed to leave home to go to work, school, medical appointments, and provide assistance to loved ones. Travel between regions is currently banned.

The number of cases on Friday is an increase from the previous record of cases on Thursday. Yesterday, the country registered more than 58,000 cases. On Friday, health ministry reported 828 new deaths from the virus. On Thursday, the ministry reported 363 deaths in hospitals. Spain and the UK have also seen a rise in cases after removing some of the measures. The two once dropped out of the top ten but are now in sixth and eighth on the list.

Cases Around the World

The new measures will remain until at least December 1. Macron said at the time that the new lockdown was urgent due to the risk of hospitals being overwhelmed. France registered more than 36,000 infections the 24 hours before the new measures were announced.

The number of cases worldwide is now over 49 million. 32.3 million people have recovered from the virus so far. 1.24 million have lost their lives.