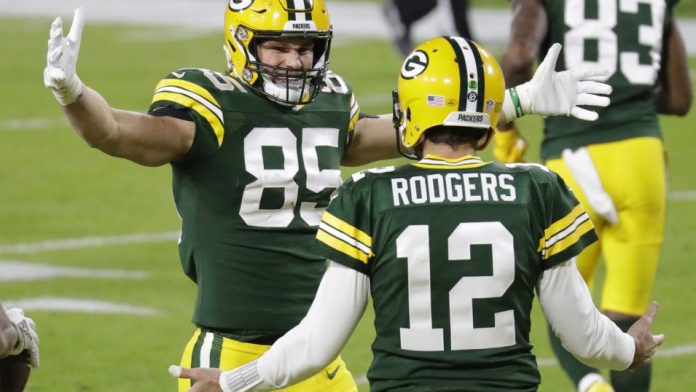 The NFL Playoff Picture has seen some changes after Week 12. Several teams got closer to a playoff spot while others dropped down the standings. Here is the playoff picture after Week 12:

The Steelers are in control of their division and could take an even bigger lead if they win their game against the Ravens on Tuesday.

The Chiefs have gained more ground in their division after the win against the Buccaneers on Sunday. Second place Raiders lost against the Falcons on Sunday.

The Buffalo Bills have a one game lead over the Dolphins. Both won their recent games but they do have a division game against each other in Week 17. Will that be the decider? 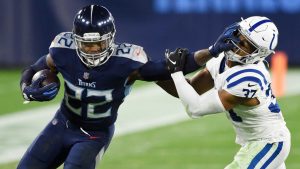 The Titans are leading the division after a big win over the Colts. Indianapolis is one game back so things are still pretty close.

Update: Reports say the Ravens – Steelers game has been postponed to Wednesday.

The Saints are in control after a big win over the Broncos on Sunday. Tampa Bay lost on Sunday, giving them an even bigger lead in the division.

The Packers defeated the Bears, who continue to drop games after a solid start to the season.

The Seahawks have gained some separation in the division after the recent losses from the Rams and Cardinals. Seattle has a game against Philadelphia tonight.

The New York Giants are now leading the NFC East. This is the second lead change in recent days. The first came after Washington defeated the Cowboys on the Thanksgiving game. Philadelphia has a chance to retake the division lead with a win tonight but it won’t be easy as they are going up against Seattle.

Browns vs. Titans: The Browns are in the wild card spots and they need a win to remain at the top of the race. The Titans also need a win since they have the Colts one game back.

Rams vs. Cardinals: The NFC West has been pretty close and both teams need a win to keep up with the Seahawks.

Eagles vs. Packers: The Eagles have a tough schedule to end the regular season but they can still win the division with one or two more wins. The Packers also need a win to get closer to the division title.

Washington vs. Steelers: Washington is in the NFC East race and a win here could give them the lead once again. The Steelers are undefeated in the season so it won’t be easy for Washington.

Giants vs. Seahawks: The Giants lead the NFC East with a negative record. New York has struggled throughout the season but a win here could keep them in the race. Seahawks also need a win to gain more ground in the NFC West, which is still pretty close.

Cowboys vs. Ravens: The Cowboys are still in the NFC East race, just like the Giants, Eagles, and Washington. Dallas is coming off an ugly loss against Washington so this is a must win. The Ravens also need a win to remain close in the AFC wild card race.