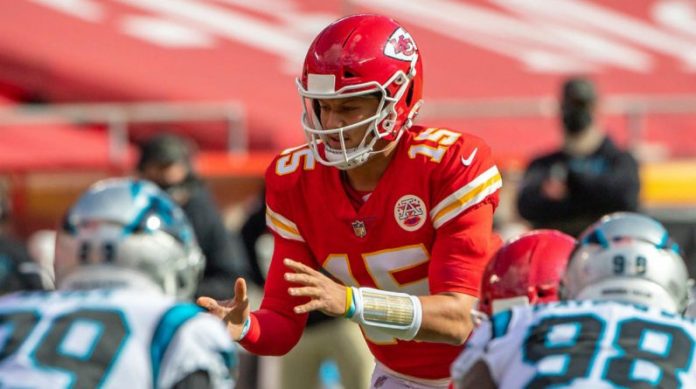 Week 9 of the NFL regular season will be done after tonight’s game between the Patriots and Jets. The rest of the games were played on Sunday and Thursday. Here are the regular season standings after Week 9:

The Bills entered this week with a tough task, a game against the powerful Seahawks offense. But Buffalo got off to a fast start and never looked back, despite the quick responses from the Seahawks offense. The win keeps the Bills in first.

The Dolphins had an entertaining game against the Cardinals. Both teams went back and forth but it was Miami who pulled off the win.

The Patriots and Jets will play later tonight on MNF. 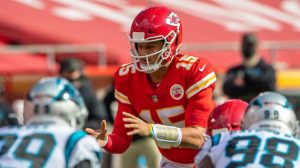 The Chargers and Raiders met in a division game that came down to the last play. The Chargers initially got the game winning touchdown call but that was later reversed.

The Chiefs won a close one against the Panthers while the Broncos fought back late in the game against the Falcons but it was not enough.

The Steelers won a close one against the Cowboys while the Ravens beat the Colts 24 – 10. Pittsburgh remains undefeated at 8 – 0.

The Browns and Bengals are both on their BYE week.

The Jaguars and Texans game was decided by two points. Jacksonville started Jake Luton, who threw for more than 300 yards. Watson had 281 for 2 touchdowns.

The Colts were held to just ten points against the Ravens while the Titans had a big win against the Bears.

The Giants took the early lead and it seemed like the team would get the easy win against Washington. But Alex Smith was put in the game after Kyle Allen suffered a knee injury and he put the team in position to come back. The former KC QB also made turnovers late in the game that eventually helped the Giants win.

The Cowboys were off to a fast start against the Steelers but it was not enough. Pittsburgh fought back late in the game and scored just enough to remain undefeated.

The Eagles, the current division leaders, are on their BYE week.

The NFC West did not get a win this week after losses to the Packers, Dolphins, and Bills. The biggest surprise of the week was the Seahawks loss since the Bills were in control for most of the game.

The Rams are on their BYE week but are coming off a loss against the Dolphins.

The Vikings and Lions met in a division game and it was Minnesota who took the win. Cousins threw for 3 TDs but the big game came from Dalvin Cook, who had more than 200 rushing yards and 2 TDs. Cook averaged a whopping 9.4 yards per carry.

The Bears went up against the Titans but the offense struggled. The Titans took a comfortable lead throughout the game and most of the points from the Bears offense came when the game was pretty much decided.

The Packers went up against the 49ers on TNF and got the win against a San Francisco team that has lost most of its offense and defense to injuries. 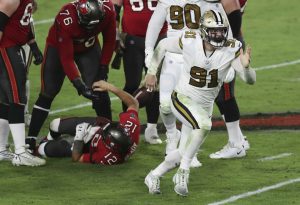 The Falcons got another win after holding on against the Broncos. Atlanta has now won two games in a row.

The Panthers faced the Chiefs and it looked like they had a serious chance at winning. But Kansas City turned things around and did just enough to get the win.

The Saints and Buccaneers faced each other on Sunday Night Football and things went really bad for Tampa Bay. Brady and offense never got anything going and the game was 38 -0 at one point. Brees had 4 TDs while Hill added another 100 yards of passing and rushing.