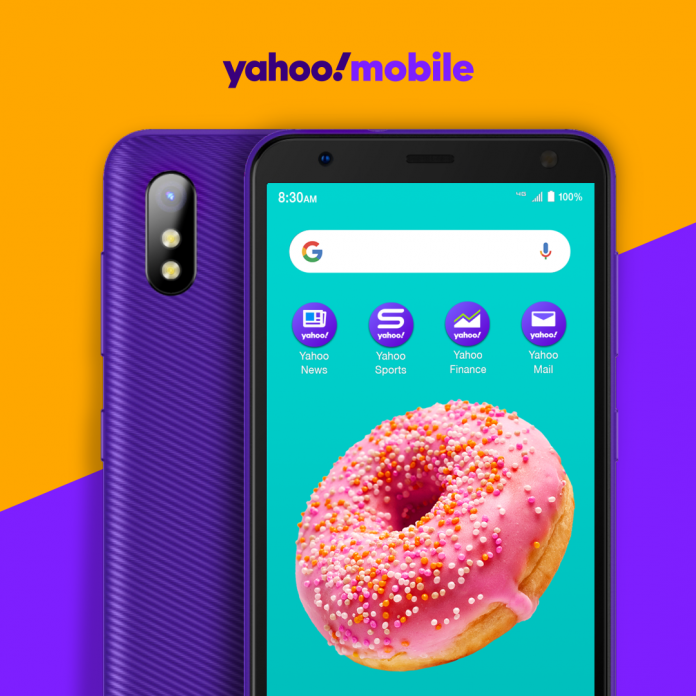 Verizon has launched a very unique smartphone that isn’t big on specs but it does remind us of the early internet days. Yahoo, a giant back in the 90s, is now on a smartphone from ZTE. The ZTE Blade A3Y is an exclusive phone that features the company’s famous color and apps.

The most noticeable part about this release is the color of the back of the phone. The device is all purple, the same color of Yahoo. But Verizon’s exclusive doesn’t just feature a color to remind us of the company. The ZTE Blade A3Y comes with a number of pre-installed Yahoo apps like Yahoo Mail Pro, Yahoo News, and Yahoo Weather. All of the icons have the same theme and color.

Specs of the Phone

The rest of the smartphone isn’t anything that will impress the tech community. The back of the phone has a fingerprint sensor and an 8 MP camera. The best part about this device is that it has a removable back plate, which means it can have its battery easily removed. This is something we don’t see very often on smartphones today.

The Blade is powered by a MediaTek quad-core 2.0GHz processor and 2GB of RAM. The phone ships with Android 10. The internal storage of the device is 32GB but it can be expanded up to 2TB with a microSD card.

On the display, there isn’t much to talk about. The Blade has a 5.4-inch 720p display. There is no screen that covers most of the front. This device instead has a lot of space taken at the top and bottom. There does seem to be a front camera and sensor at the top of the display.

The specs aren’t exactly impressive but the phone’s price is not bad for those looking for something at a very very low price. The ZTE Blade A3Y is on the very affordable category with a small price of $49.99.

Verizon has made several moves over the years, including the acquisitions of Yahoo and AOL not too long ago. Back in 2017, Verizon Communications merged AOL and Yahoo into a subsidiary named Oath Inc. In early 2019, Oath was renamed to Verizon Media.

Yahoo was a giant back in the days, with it being one of pages that many people visited often. Yahoo was also a very popular search engine before the days of Google and the page offered things that aren’t very popular anymore. Among those were its chat rooms and pool game, which was still somewhat popular in the early 2000s. The chat room service shut down back in 2012 while the pool game came to an end in 2014.

The latest exclusive release from Verizon isn’t very impressive but those who were around for the big days of Yahoo will sort of be reminded of the company when they see the apps and color.

Do you remember the days of Yahoo? Did you ever use their services such as chat rooms and games? Let us know in the comments section.